Article Kmart Could Soon Be Wiped Out By US Giant Superstore 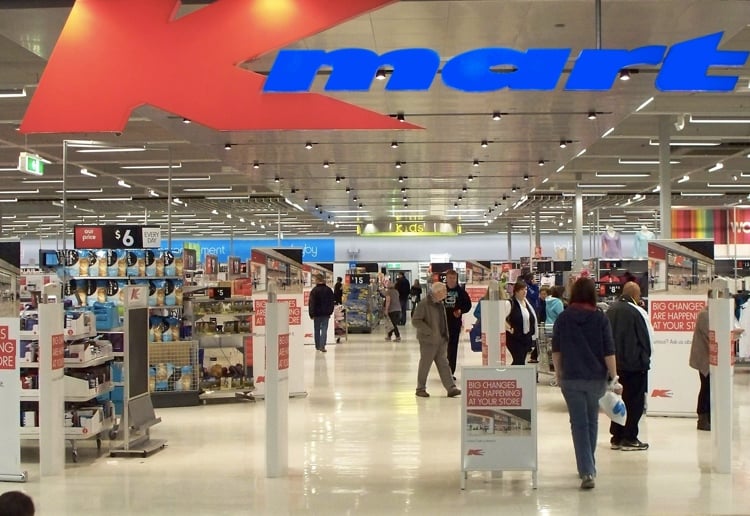 It looks like the massive American retail giant, Walmart could be coming to Australia in a move that may wipe out our local chains, according to retail experts.

The Dick Smith Electronics chain founder said that the world’s largest retailer could make an offer to purchase Kmart from its Perth-based parent company Wesfarmers.

‘They’ll take Kmart, that will go first, in the next four or five years,’ he told Daily Mail Australia.

This speculation follows the merger of Walmart’s U.K. subsidiary Asda with Sainsbury’s, which effectively freed up capital for them to invest in a new market.

It has also been suggested that Walmart may also be eyeing Coles as the platform to enter the Australian market. This follows Westfarmers intention to demerge Coles and float in on the Australian Securities Exchange as a separate company.

Walmart is an American retail chain specialising in discount department and grocery stores. It is famous for selling a massive variety of merchandise and has a catalogue of over 120,000 different products.

Kmart Staff Could Be In Trouble

Dick Smith predicted that Walmart’s first move within Australia would be a drastic cost-cutting exercise.

‘Walmart, they are completely ruthless,’ he said.

‘That’s what they’ll do here.’

It’s A Rumour But Could Happen

‘That’s strictly in the rumour category but nonetheless, we couldn’t rule it out,’ he told Daily Mail Australia.

‘This is their sort of business.

‘Both Wesfarmers and Wesfarmers shareholders would be delighted if they find a buyer for Kmart – the variety store format has been under pressure for an extended period and a graceful exit from Kmart would be applauded.’

McCarthy said that while Walmart wasn’t a groceries specialist, Coles would be a better Australian buy than Kmart.

‘The steady earnings that come from the grocery business are attractive to a number of global investors,’ he said.

‘It’s a little removed from Walmart’s main business but a pure grocery play in the global context does make more sense for a group like Walmart.’

Dick Smith further predicted that Walmart would later make a bid for either Coles or Woolworths, which bought out his now defunct electronics chain in 1982.

‘Walmart will come and take over either Coles or Woolworths and then Aldi will take over the other,’ he said.

Walmart has not made any announcement about buying Kmart, Coles or Woolworths.

Wesfarmers by law would be required to disclose such an offer to the Australian Securities Exchange.

Wesfarmers managing director Rob Scott said he has ‘no awareness’ of Walmart looking to buy Coles or Kmart.