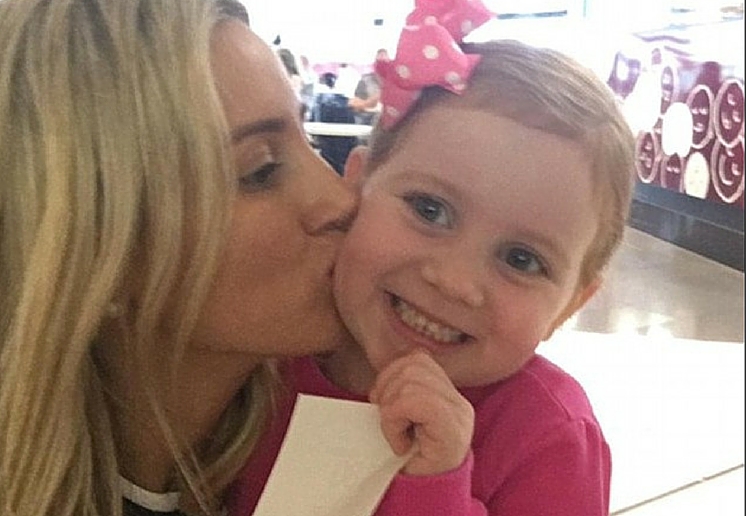 In a recent interview with The Daily Telegraph, Roxy said the images were brought to her attention and she immediately contacted the police.  She has also taken her own immediate action by changing her daughter’s Instagram account to private.

“It sickens me to think that grown men, within the same industry, could ­possibly find any humour in ­superimposing my four-year-old daughter, or ­anyone’s child for that ­matter, into lewd and ­explicit situations. It is sick and in my eyes, it’s ­paedophilia,” Roxy said.

The images are currently under police investigation, with suspicion cast upon three men, including a fashion designer and a former employee of another designer.

A source who received two of the pictures told the Daily Telegraph that one of them is a doctored picture of Pixie wearing her nightie while standing in a window in Amsterdam’s red light district.  The second portrayed Pixie reading a book that featured two men having sex.

Roxy said she spoke with senior detectives “to discuss and take the necessary action in order to protect [her] daughter.  As a mother, everything I do is for the children, both Pixie and Hunter.”

Pixie became a social media hit after her mother began posting images of her daughter’s luxurious life on Instagram.  She currently has 109,000 followers on Instagram.

Roxy has since started a company for her daughter called Pixies Bows, which sells hair bows in an array of colours and sizes.