Article Madonna Speaks Out About Strained Relationship With Kids 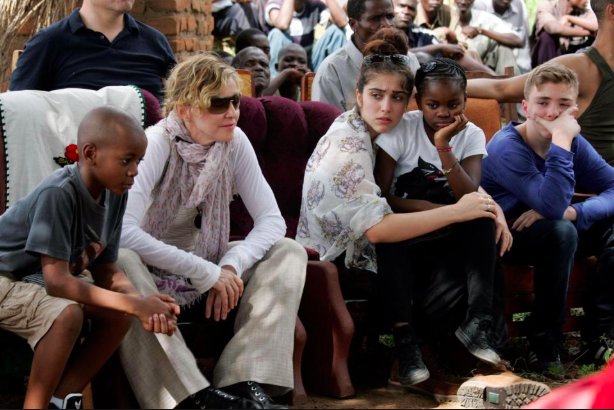 American singer and actress, Madonna, has revealed that her children’s obsession with phones has caused significant damage to their relationship…

Madonna has spoken out about her strained relationship with her children, blaming their obsession with screens. The popular singer and actress says that she regrets giving her two oldest children, Lourdes and Rocco, phones and is resisting giving her younger three children devices as a result.

Speaking to British Vogue, Madonna said that technology has caused irreparable damage to her relationship with her children. “I made a mistake when I gave my older children phones when they were 13,” she said. “It ended my relationship with them, really. Not completely but it became a very, very big part of their lives.”

Madonna says that the impact of technology on her children was immediately obvious. “They became too inundated with imagery and started to compare themselves to other people and that’s really bad for self-growth.” The star has also been forced to admit that her own status as a global pop legend could be to blame. “I feel social media plagues (Lourdes) and makes her feel like ‘people are going to give me things because I’m her daughter'” Madonna said.

It seems Madonna is not alone, with a growing number of celebrities attempting to protect their children from the world of social media. Microsoft founder Bill Gates and his wife made the extraordinary decision to raise their kids tech-free, Kate Winslet won’t let her children use social media and Julia Roberts has encouraged families to spend time together without screens. “When you are distracted into or by the device, then your attention is divided,” a study from the University of Arizona states. “More research is needed to fully understand the impact that virtual connections may have on our real-world relationships.”

Ask any parent about the challenges of communicating with their children, especially when they are on their phones, and you can definitely see how it could damage relationships. Maybe Madonna is on to something…

What age do you think children should be given a mobile phone? Let us know your thoughts in the comments.