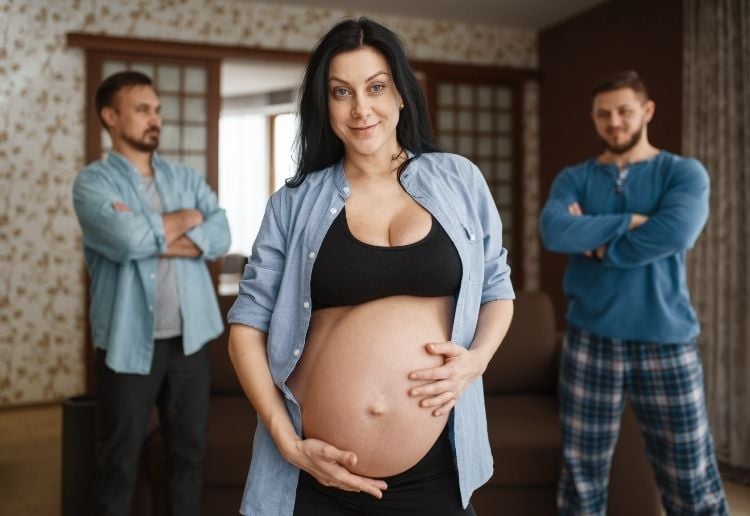 A man has been left feeling more than a little uncomfortable, after his brother’s ‘weird’ birth request, and it’s created an awkward rift between the siblings.

It’s left the man in a sticky spot, not knowing whether to let his brother go through with his birth request, or risk causing a family feud.

“My brother has made a really weird request of me,” the man revealed on reddit. “He asked me if him and his girlfriend could use my house to give birth at. I didn’t even know what he was getting at at first but he explained to me that their apartment doesn’t have a bathtub, is too small for an inflatable pool and it would attract too much attention if the birth was there and the neighbours will likely call the authorities.”

The man explained that he has a house, rather than an apartment, a bathtub and more room than his brother. His brother has gone so far as to tell him he should feel ‘honoured’ that they’ve asked to give birth in his house.

“I thought this was so weird. I thought they would go to the hospital like is normal but they haven’t used a doctor at all so I have no idea how it works and if the hospital would ask who their doctor is.”

Not having children of his own, the man admits he has little experience with birth, but is frightening something could go wrong.

“My brother said I don’t have to be there if I feel uncomfortable. I don’t have a problem with him or his girlfriend but I feel strange at the thought of leaving the two of them alone with my house. I’m a guy and I don’t have kids so I admit to no experience in this area but I’m also worried something could go wrong because neither my brother or his girlfriend are doctors or have any medical training.”

The expecting dad has been pressuring his brother to allow he and his girlfriend to birth in his home, and now the man feels completely hamstrung.

“My brother and his girlfriend have been saying how upset they’ll be if I say no, that the mother being comfortable is what’s most important and I shouldn’t deny her and that I’ll look like a jerk if I turn down their request because they don’t have a backup house. I just don’t get why they can’t go to the hospital even though I have not said it. My mum also hinted one time to me it would be a nice thing to do.”

“Would I be the a**hole if I didn’t let them use my house for the birth, because it makes me feel weird and uncomfortable and I would prefer they use a hospital?”

What do you think he should do? Let us know in the comments below!