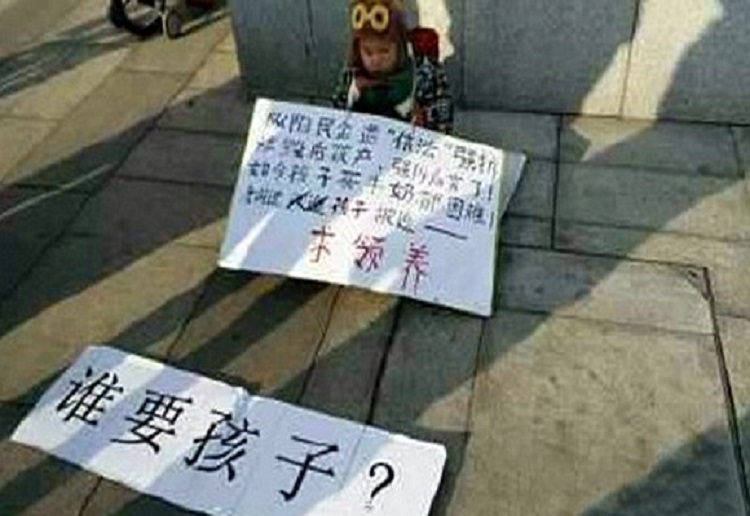 ‘Who wants the child?’ Bankrupt entrepreneur tries to give away his son claiming it’s in the name of ‘art’.

A businessman who recently went bankrupt has tried to give his son away on a busy street in China.

The entrepreneur, known only as Tang, from Zongyang County in Anhui Province, was pictured on February 29 with the little boy holding a sign that read: ‘Who wants the child?’ reports The Daily Mail.

In another instant the boy was sitting with his head down, also holding a sign that said: ‘Please adopt me.’

Since losing his fortune, Tang said his financial difficulties have forced him to put his son up for adoption. He claims that the act was for ‘art’ and he wanted to highlight the issue of ‘forced demolition’, reports the People’s Daily Online. 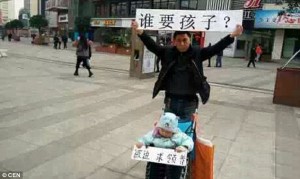 He said: ‘It was really art. I just wanted web users to focus on the issue of forced demolition.’

After uproar about his behaviour, Tang has apologised and promised that the performance will not be repeated.

OK backup a bit, I am very confused! So is he now saying it was all just some crazy art experiment? NOT FUNNY!  Or am I the one going totally whacky here?

Can anyone confirm for us what the sign actually reads?