Article Meet Sam: the boy who keeps defying the odds 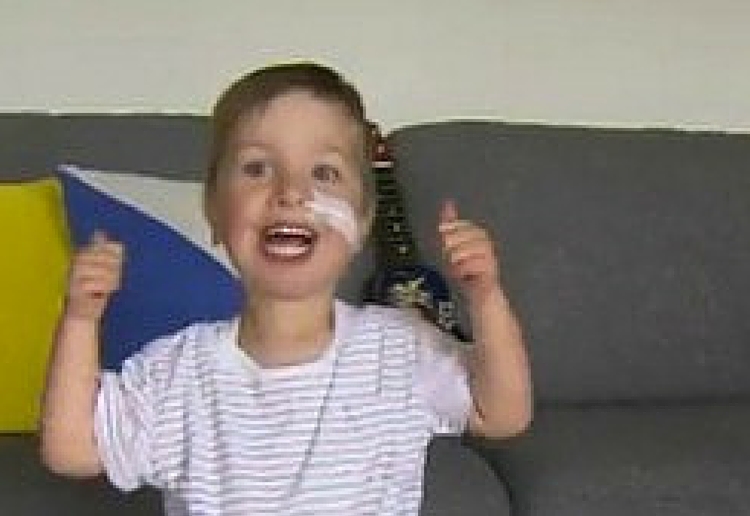 Born with his vital organs on the outside of his body, a little boy has survived the odds and made it to his third birthday.

Appearing on Channel 7 news, little Sam Gellie, has a very rare condition.  His liver, spleen and parts of his bowl were outside his body when he was born.

The appearance of his vital organs is one of a ‘bump,’ as they are surrounded by a thin membrane on the front of his body.

Extending out from Sam’s belly button, the bump is kept in place with the use of a compression bandage.

Doctors have been trying to work out a plan to save little Sam’s life and fix his condition since he was born with it three years ago.  His survival at birth itself is considered a miracle by Doctors, with his parents being warned there was a chance their child wouldn’t live.

“It’s a miracle and it’s amazing that he is here,” Mum Amy Gellie told 7 News. “If we were listening to everything the medical people were thinking, we definitely wouldn’t have thought he would be here today”.

Also speaking with 7 News, medical professional Michael Nightingale said he had never seen a case like Sam’s before – such is the rarity of the condition.

“I don’t think any of my colleagues have either,” he said.

Surgeons will start the long process to help Sam put his organs back inside his body later this year.  It is expected that he will need many operations over many years to complete this process.

Doctors have said because Sam’s organs are on the outside of his body, his abdomen is very narrow and will need expanded initially before the rest of the surgeries can commence.

Sam’s father said his son was a fighter who continued to defy the odds.  Celebrating Sam’s third birthday last weekend is certainly an achievement.

The Royal Children’s Hospital is raising funds to help kids like Sam through their Good Friday appeal.