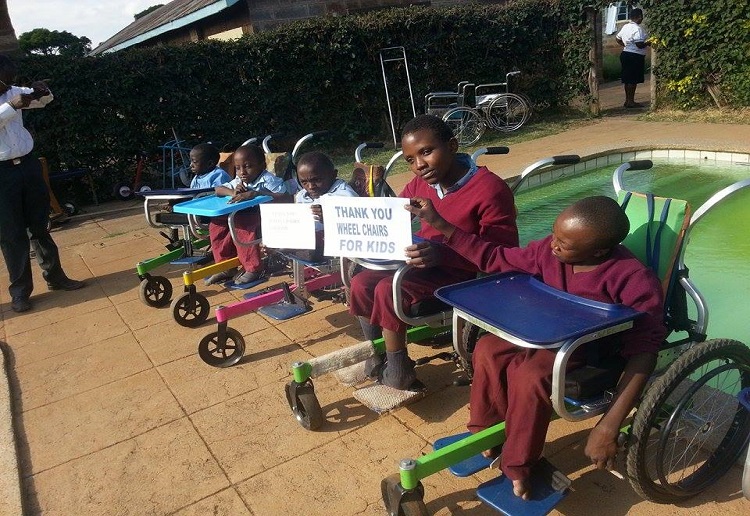 A group of retirees from Perth are using their skills to produce more than 200 wheelchairs a month for children around the world.

Wheelchairs for Kids is made up of 170 elderly volunteers and so far, they have constructed and distributed wheelchairs to children with disabilities such as cerebral palsy in more than 60 countries including Bali, China, Iraq and Lebanon.

A grandmother of a wheelchair recipient from the tiny village of Thay Maw Ku on the Thai-Burma border said it would be an enormous help. Her debilitated grandson is unable to walk due to a bacterial infection he has been suffering from for two years. “We will not need to carry him around anymore. He will be able to sit down and only law down when he gets tired,” she told the program.

Each wheelchair costs around $200 to make, with the group relying on donations to construct models made from steel and aluminium to suit the World Health Organisation recommendations.

They also include hip and trunk supports, shoulder straps and head rests and are packed into a sturdy box alongside a teddy bear.

For more information on the group or to donate to the cause visit: www.wheelchairsforkids.org

Group of Perth retirees use their collective skills to produce over 200 wheelchairs a month for children: https://t.co/3xIYqN570p #9News