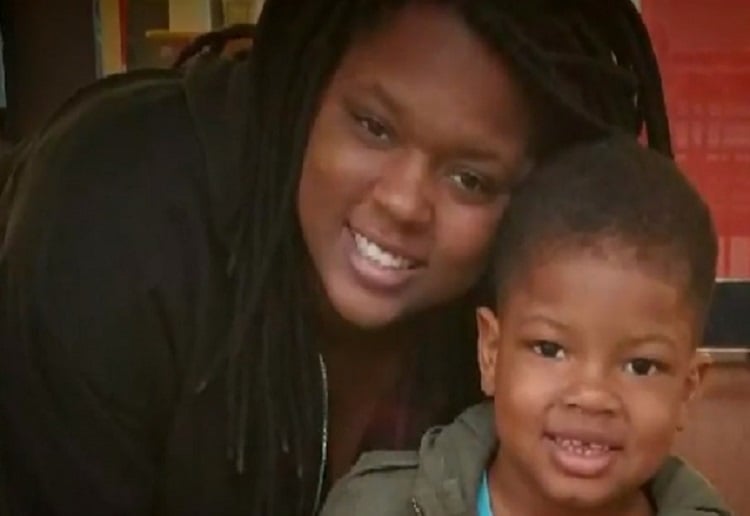 The mother who pushed her three-year-old son on a park swing for two days until he died believed the voices telling her someone was going to come.

Romechia Simms stopped taking her schizophrenia medication because she believed it wasn’t working and didn’t understand the gravity of her illness, her public defender, Elizabeth Connell, said at a hearing in Charles County Circuit Court, reports The Washington Post.

She put her son Ji’Aire in the swing but found herself unable to lift him out, Connell said.

“And then the voices started telling her, ‘Don’t worry. Someone is coming. Someone is going to come,’ ” her attorney said.

“She was just trapped,” Connell said. “What was happening was a mental breakdown, mental illness taking over her.” And she kept pushing the swing, even as her son lost consciousness.

Forty hours passed before a neighbour noticed that something was wrong and called police. When sheriff’s deputies arrived at the park on May 22, Ji’Aire’s body was so stiff that they had to cut him out of the swing.

A medical examiner concluded that the boy died of hypothermia and dehydration and ruled his death a homicide. Romechia was charged with manslaughter and first-degree child abuse.

The Charles County judge ruled she can remain free as long as she meets certain conditions, including being monitored by state psychologists, avoiding unsupervised contact with children and having her blood tested to verify that she is taking her medication.

Therapy is helping her cope, she says, but she adds, “I will never get over losing my son.”

She still has his clothes packed away. She has not been able to bring herself to give anything away.

“Sometimes I find myself doing weird things, like I will grab his socks and just hold onto his socks,” she says. “Or I will grab one of his toy balls and hold onto his ball — anything that helps me to feel close — that I know was his.”

“Some days are worse than others,” she says. “I just try to keep family and friends around me that love me and support me. But there are times I feel really down and depressed. I think it’s going to be that way for a while. ”

“I hate the way things happened,” she says. “But there is nothing I can do to change that. I will always keep [Ji’Aire] close to my heart. Even though he is not here physically, I still feel him spiritually. I just know I will see him again one day.”

You may recall this story when it broke last year of Little Ji’Aire Donnell Lee who died of dehydration and low body temperature after his mother, Romechia Simms, spent two whole days pushing him on the swing.

His mother has been charged with manslaughter and child abuse following the horror discovery last year, but has been spared jail and will not face time in a mental hospital following a plea deal.

Homeless Simms admitted a lesser charge, meaning she was not responsible for Ji’Aire’s death.

She previously objected to prosecutors calling her a danger and a flight risk, saying: “I’m not a risk to anybody, I didn’t even mean for this to happen.”

Police found the mum and dead toddler on May 22 last year after concerned members of public called to say they had seen Simms pushing the youngster at odd hours of the night.

It is thought they arrived at the park at around 11.15am on May 20 – a full two days before the pair were found by police.

Upon arrival, officers found Ji’Aire’s jacket in a nearby bin and his shoes off his feet, full of rain water.

At a hearing on Monday it was ruled Simms is schizophrenic, but not dangerous according to WUSA9.

She has been ordered to continue taking her medication, see a psychiatrist and meet any terms given by a court as part of her five-year conditional release.

Simms’ lawyer, Elizabeth Connell, said: “I’m happy with this outcome, this was the right thing to do.”