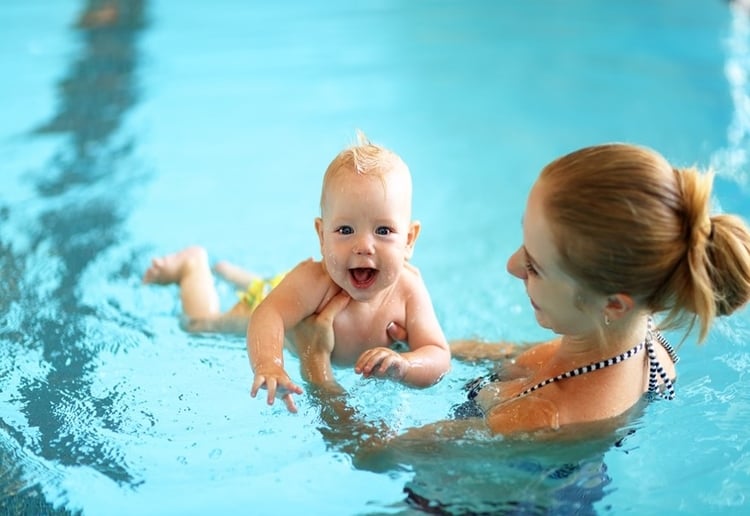 This mum says her mother-in-law believes she her six month old son is spoilt…..

A frustrated mum has taken to popular parenting forum Mumsnet to vent about her mother-in-law repeatedly saying she spoils her son. The mum says that she has been accused of giving her son too many privileges, with her mother-in-law suggesting that she is raising him in completely the wrong way…

The new mum said that when her mother-in-law discovered she was enrolling her son in baby swimming classes and completing a baby massage course, the judgmental comments started. “Just venting really, but it’s so frustrating when my MIL constantly refers to my baby as spoilt,” she said. “She feels the need to compare to how she raised her own family, primarily that they didn’t have much because she couldn’t afford to give them more.” The mum said that the fact that her son is only six months old only makes the whole situation more ridiculous. “Having is not equal to being spoilt, it’s not like he’s remotely entitled… he’s a baby!” she wrote.

Responses to the mum’s post were mixed, with some saying that the whole thing could be a simple misunderstanding. “My son gets called spoilt sometimes by nan and family,” wrote one mum. “I don’t really take offence to it, I take it as a compliment in a way because we do have lots to do and he is forever getting new little toys and bits.” Others were more understanding of the mum’s frustration, taking issue with the use of the word ‘spoilt’. “How annoying, you can’t possibly spoil a baby except with neglect,” one said. “Lots of people judge each others parenting , but most of us are polite enough to realise that we need to keep it to ourselves.”

The line between a child that is well cared for and a child that could be labelled ‘spoilt’ is often so fine that people resort to using the label even when it is uncalled for. We totally understand where this mum is coming from!

Has your child been labelled ‘spoilt’ by a relative or friend? Share your story in the comments.