Article Mum Abandoned Her Son In The Middle Of A Busy Road. But Was She Really At Fault? 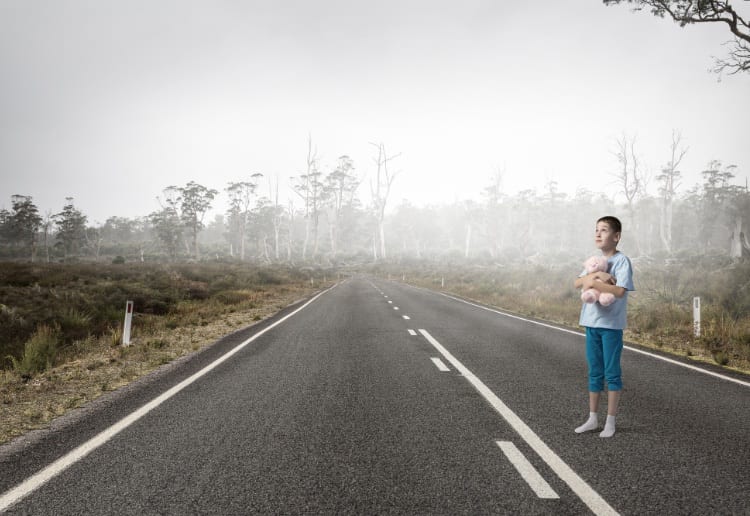 A dad has shared the horror story detailing how his wife abandoned their son in the middle of a busy road with traffic speeding towards the boy.

The man posted on Reddit that he was frozen in shock and furious when the mum of his child left the little boy, Jacob, in the path of moving cars during a heavy storm.

Was She Really To Blame?

The father was seeking advice on whether his reaction was justified. Surprisingly, many of those who responded actually sided with the mother, saying that she wasn’t actually at fault.

“Last weekend, my wife Emily, our son Jacob, and I were walking home in heavy rain from the park,” he wrote.

“Emily was crossing the street holding Jacob’s hand and I was walking a little back behind them. They were both rushing to get out of the rain and had gotten ahead of me.

“When they were crossing the street, a car came speeding to the intersection much too fast and slammed on their brakes before the red light but hydroplaned in a deep puddle.

“And I watched in horror as my wife literally sprinted away, pulling her hand free of Jacob’s. He was frozen in place like a deer in headlights.

“The car got traction and swerved to a stop at the last moment and I ran over to Jacob (who, thank goodness, was unharmed). Emily was a ways away across the street.”

How Could You Do That?

The devastated man confronted his wife later that night.

“I was furious at Emily for running, and I confronted her when we got home and we could talk privately,” he said.

“She started crying and saying she was terrified because her friend in college had been in a bad hit and run and she just panicked and ran.

“I said that I was terrified for Jacob too, how could she run and literally yank her hand away from him? She just kept saying she was so scared she wasn’t thinking, and I was saying that I don’t care how scary something is, my first instinct was to protect my son.”

The father added that his wife then stormed out of their house and refuses to talk further about the incident.

“I want to talk stuff through, like honestly this has made me worried about leaving our son in her care alone, knowing she will put herself first to the point of leaving him in danger,” he said.

Out Of Her Control

Many commenters leaped to the defense of the mum.

“No-one knows what they’ll do in a situation like that. It’s a tough one.”

“She acted on instinct and is clearly remorseful, I would give her a break,” said another.

Although there were many that agreed with his fury.

“I would be so angry if I were you, you should always put your child first,” one commenter said.

Do you think the dad had a right to be angry that his wife abandoned his child in the street or is her explanation a justifiable excuse for her behaviour? Tell us in the comments below.