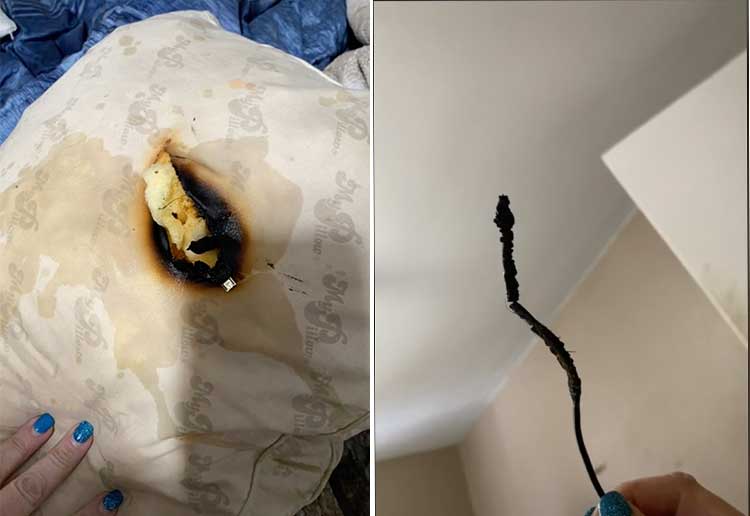 A concerned mum has pleaded with children to stop charging their phones and tablets on their beds, saying the warning could save homes and lives.

April Hubbard says she happened to pick her son up early from school, and the decision probably stopped their entire home going up in smoke. Because he discovered that his phone charger had almost sparked a fire.

“I picked up Brayden from school early today, and I’m really glad that I did,” April said. “Please stop leaving your chargers plugged in on your beds.”

While most of us wouldn’t intentionally leave our phones charging on our beds, it’s pretty common to fall asleep while scrolling, accidentally dropping our mobile phones onto our beds.

♬ Im proud of you – Shantastic

April, a school bus driver, says she made the warning video for the many students who follow her on TikTok.

“I did it to pass on information to the younger generation of children who may not know and may think they’re invincible. Brayden being home saved our house from burning down, because I would not have gone into Brayden’s room.”

Research has revealed that more than half of children and teens charge their tablets or phones on their bed or under their pillow – a potentially fatal mistake. Bedding is highly flammable, and electrical devices like phones can heat up quickly. Phones and tablets should be charged on a flat surface with no flammable materials nearby. Cords should also be checked regularly for damage.

April’s video attracted lots of supportive comments thanking her for the information. “You never know what could happen to you and it doesn’t matter if you think it won’t. It can.”