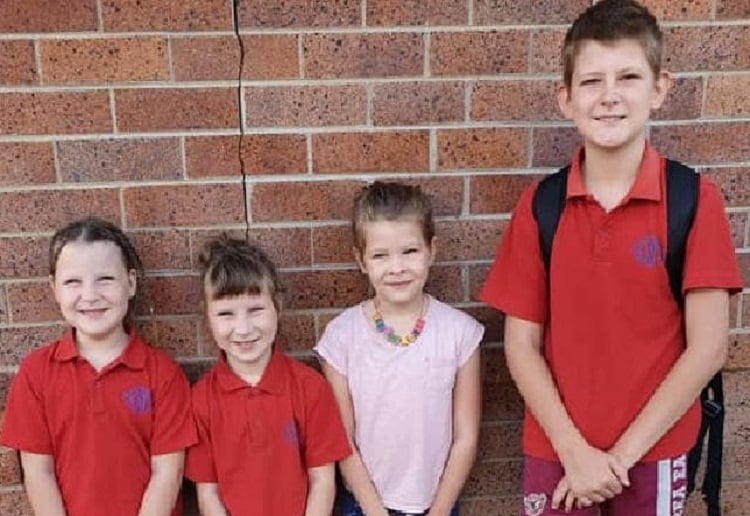 In tragic news Hunter Valley house fire survivor, Kara Atkins, collapsed and screamed in agony, “please, not the babies”, after finding out three of her four children died after their home was engulfed in flames.

According to a friend the mum collapsed as a doctor and social worker broke the news her twin daughters also perished, at her bedside at John Hunter Hospital.

She had been sedated since she was admitted to the hospital with smoke inhalation and burns to her forehead and back last Wednesday, aware her son Blake, 11, did not survive.

“She’s awake now and has been as screaming over the weekend, ‘where are the children?’”close friend Tash Hunter told The Daily Telegraph.

“She was unable to get inside when Blake was trapped but she had wiped it from her memory and thought the twins had made it when the ambulance took them.

“She screamed, ‘Why the girls? Please, not the babies,’ the doctors told her what happened at the weekend,” Ms Hunter said.

“She’s no longer on sedatives and can’t stop crying and feels guilty he’s the only one who survived.

“She’s blaming herself because she couldn’t save them. She’s in deep shock, her mental state is up and down, those children meant everything to her, she’s a wonderful mother, they wanted for nothing, she adored them.”

Young Bayley Atkins, eight, who is recovering from smoke inhalation at the hospital’s Ronald McDonald House, has been visiting her mother daily with her father, track worker Chris Rinkin.

Firefighters were able to enter the house through the windows of two bedrooms and removed the twins, aged five, who were taken to Singleton Hospital but did not make it.

Miraculously, Ms Atkins and eight-year-old sister Bayley were pulled from the flames and survived. Blake, 11, was pronounced dead at the scene while twin daughters, Matylda and Scarlett, were taken by ambulance to hospital but did not make it.