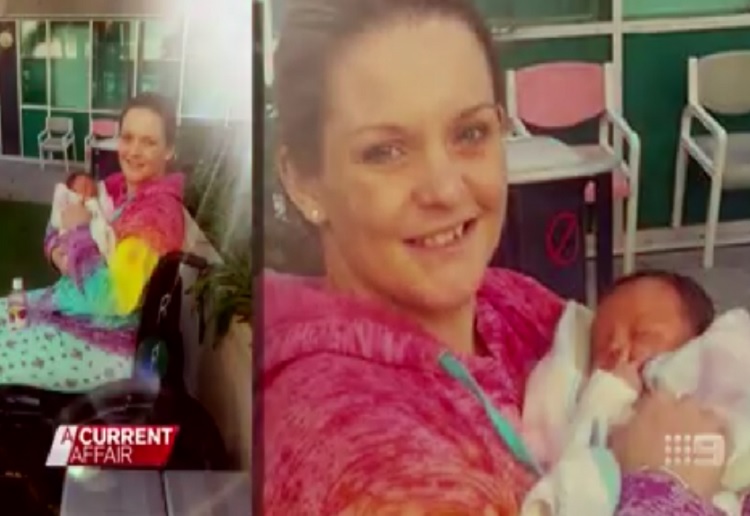 Mum left paralysed during her pregnancy is determined to be home by Christmas.

In June this year, at 37 weeks pregnant, Queensland mum, Sam Bulmer, was packing at home when her leg went numb and she felt a shooting pain in her stomach.

By the time she got to the hospital, she’d had two more attacks, reports 9 news.

“Every single nerve in my body was electrocuted, like hot fireworks going off inside me,” she told A Current Affair.

Staff rushed her for a scan and found an arteriovenous malformation (AVM) in her spine.

An AVM is a cluster of abnormal veins wrapped around a spine or spinal cord.

In Ms Bulmer’s case, her uterus was putting pressure on an artery, which lead to the rupturing of the AVM.

The veins bled into her spine, causing paralysis.

“You’re just thinking, this can’t be permanent,” she said.

Her daughter River was successfully delivered, but Ms Bulmer was told she would never walk again.

Ms Bulmer is now doing rehab in the hospital, with the aim of getting her fit enough to live independently. She hopes to be home by Christmas.

We wish her all the best and loads of strength to win the fight and one day very soon walk again!