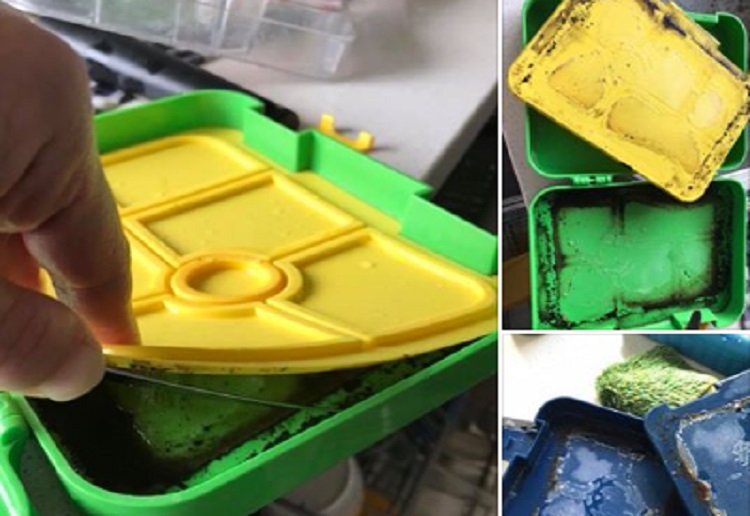 A mum has shared ‘disgusting’ photos of the horrifying discovery she made while cleaning her children’s lunchboxes.

Grace Bollen, from New Zealand, posted the shocking images to Facebook as a warning to other parents, after she discovered mould inside hidden compartments in the lunchboxes.

“This is what I found. I’m absolutely appalled,” the mum wrote.

“I have strongly suggested these should not be on the shelves until a new design is created and tested,” Grace tells Be.

“I’ve been inundated with messages of mouldy lunchboxes and very disgruntled parents. I feel strongly that parents need to know these lunch boxes are not ok to be used.”

Grace went on to explain in her post that the lunchboxes were being hand washed every night and left open to dry.

The blue lunchbox has been in use for nine months, while the yellow one was a little older at 12 months.

“I feel awful that my children have been eating lunch out of these,” Grace continued.

“Don’t buy any lunchboxes that you can’t clean all parts.”

Do your children have a similar lunchbox?