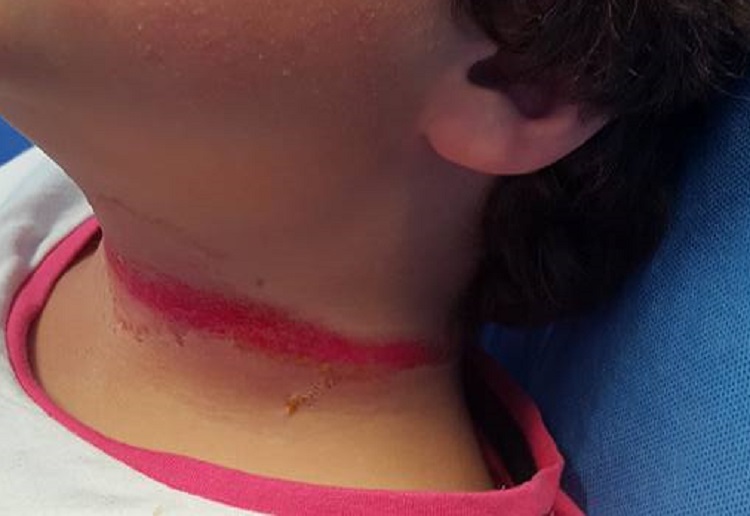 A SA mum has taken to Facebook to share the details of a cruel and dangerous prank that injured her son over the weekend.

In a warning to other parents, Kat Price, who lives in Port Lincoln SA, said on Saturday, her nine-year-old son was riding his bike around Centenary Oval when he was injured by the prank.

“My kid was riding his bike around and some other kids tied the rope from one of the flag poles to the fence — as a result he was nearly strangled,” she wrote on the Port Lincoln Cash Classifieds public page.

“He didn’t know these other kids had done it so didn’t see the rope.

“If anyone saw anything please let me know as these kids did this on purpose and it could have ended very badly.”

The concerned mother also posted three photographs of her son, showing a bright red strangle mark around his neck.

Ms Price said her son struggled to breathe immediately after the incident and was taken to hospital, while the three kids at the oval fled. 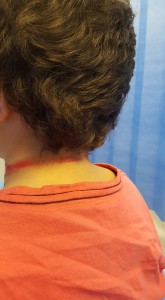 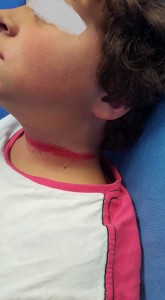 Poor little fella. Please teach your children to be aware of the safety of others around when they are playing little pranks. I can’t help but think they are just kids and I am sure they meant no real harm. But an important lesson needs to be taught to all kids about other peoples safety.

What would you do as the parent of the little pranksters?