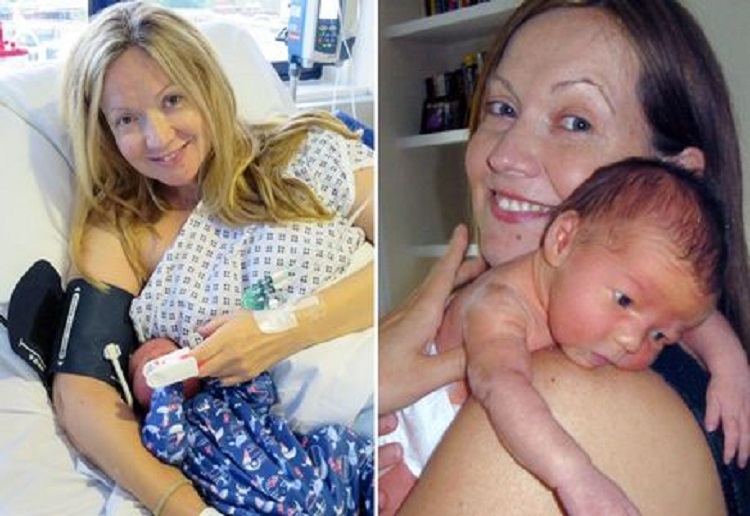 Mum thought something was wrong when her newborn baby wasn’t crying, then learnt childbirth had made her DEAF!

Kate Llewellyn-Waters thought something was wrong when she couldn’t hear her newborn baby, Beatrix, crying.

Baby Beatrix was infact crying but mother-of-two Kate had been left 60 per cent deaf after giving birth, due to a rare genetic defect that attacked her hearing during pregnancy.

But doctors didn’t immediately notice the link and after having her second child, Albert, two years later, she lost a further 10 per cent of hearing.

Kate has since been diagnosed with otosclerosis – a rare condition where pregnancy hormones cause the bones in her ear to grow and block her hearing.

The mother could go completely deaf if she has a third child.

She said: ‘I had no idea I was going deaf, not at all.

‘I was pregnant so lots of changes were going on and I didn’t notice my hearing loss till my husband noticed I wasn’t hearing him as well.

‘I noticed the initial loss during my first pregnancy when I entered the third trimester, but I didn’t quite make the connection.’

‘But after giving birth to Beatrix, my hearing almost instantly declined,’ added Kate.

‘After having a C-section, I began to panic as I couldn’t hear Beatrix crying but she was crying, I was just deaf.

Now Kate uses hearing aids to get by but initially had to learn to lip read, while Beatrix, now six, and Alfie, five, help be their mother’s ears.

She added: ‘I’ve found the hearing loss caused increased anxiety, especially as my fear is that I may not hear the children when they need me…

For now Kate is still learning to live with her condition but said she wouldn’t change her children for the world.

She added: ‘I could go totally deaf if I had a third child, but I don’t regret for one moment having children!

Do you know anyone who has suffered similar to Kate?