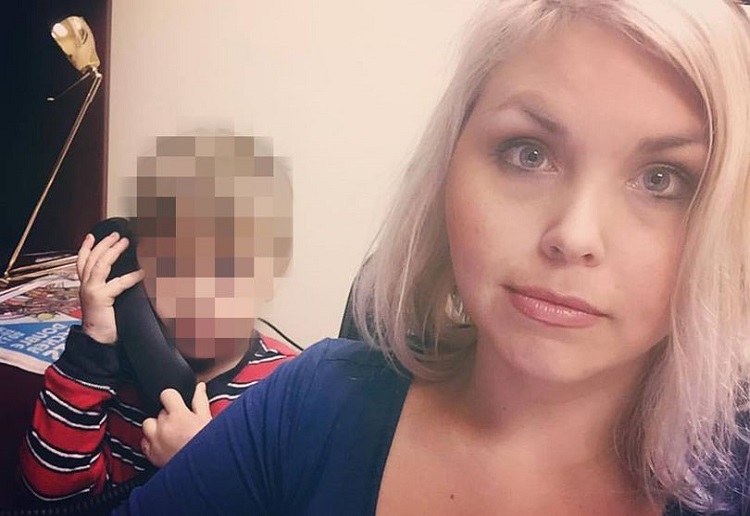 Mum gets investigated for human trafficking – after joking about selling her son on Twitter.

Mississippi mum and journalist, Alex McDaniel, told a funny story about a conversation with her toddler and made a joke saying, “3-year old for sale. $12 or best offer.”

A few days later, Child Protection Services showed up at her work.

She was told an anonymous male had called Mississippi’s child abuse hotline days earlier to report her for attempting to sell her son, adding a history of mental illness had influenced her decision to do so, reported The Mirror.

The CPS supervisor and attending sheriff’s deputy then informed her that her son would have to be taken out of school so they could check for any signs of harm or danger.

Alex had to undergo a home visit, where a caseworker inspected her home.

Alex hired  a lawyer who was able to help her have the case dismissed in a matter of days.

Alex explains she understands why CPS took action, and does not blame them in any way, adding: “Everyone has a job to do, and I don’t blame them for doing what they felt they had to do in this case.”

“While no one knows who made the call, it’s hard to look at this as an innocent misunderstanding or someone who doesn’t understand humor,” she writes on Magnolia State Live .

“I have no proof it was a targeted attack, but enemies come with the territory in this business. It seems unimaginable that someone would despise my opinions on flags and statues so much that the only answer is to harm my family, but in some ways, it doesn’t seem that far-fetched.”

Alex shared on Twitter, “”I didn’t see it as oversharing my life for the sake of a tweet. I saw it as a piece of the parenting experience that many of my followers would identify with.”

She will no longer be sharing insights into her family life. Protecting her kids from such spite is her main priority.

Twitter hit a new low for me this week and I’m not about to stay silent about it. Here’s why. pic.twitter.com/PkknLD3WV1

I think we have all made jokes online at some stage about our kids. Extreme reaction, if that was a targeted attack!