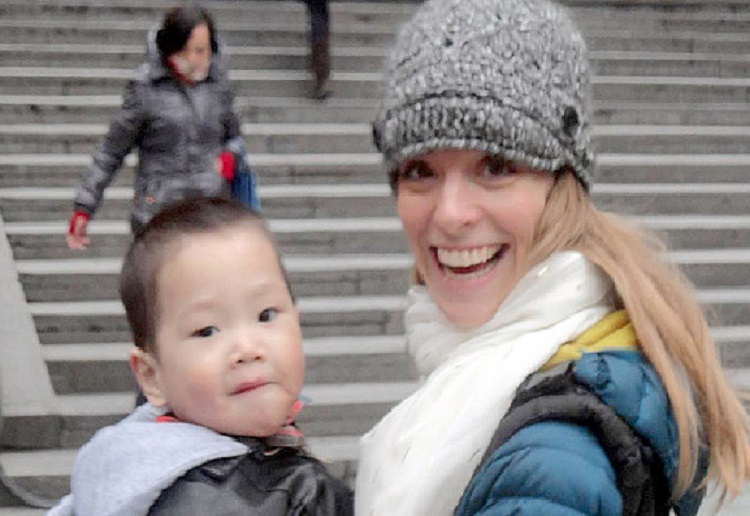 Mums desperate search for her adopted  Chinese sons birth parents so that he can meet them before he goes blind.

Bennett, three, was born deaf and diagnosed with Usher syndrome, a rare condition that will cause him to go blind by the time he turns 20, The Telegraph reported.

Bennett, whose Chinese name is Long Miao, was born to a poor family in Ningbo and abandoned in May 2012, The Telegraph reported.

“We just hope that he can see his biological parents with his own eyes, creating special visual memories of them before he loses his vision,” Sano told China Daily.

Sano has been working with local authorities and hospitals to establish possible leads.

She also plans to visit the orphanage that cared for Bennett, and a local person who used to run an English school is spearheading a campaign on Chinese social media.

“We want to let them know he is safe and happy and that we love him,” Sano said, according to The Telegraph.

“We have talked about China since he first came home and we want to really honour his birth country and give him the opportunity to meet the family who gave him life.”

“We just knew he was the son we’d been waiting for — even without looking at his file. He’s the most beautiful boy I’ve ever seen,” Sano told China Daily.