Article Mums Reaction After Finding Out Her Son is a Bully 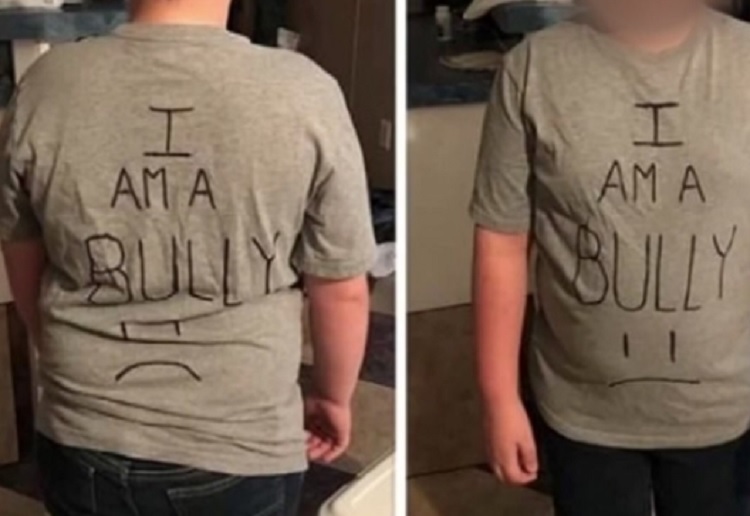 A mother forced her son to wear a T-shirt saying ‘I am a bully’ to school after teachers told her he called classmates ‘stupid idiots’.

The Texas mum said she was ‘old school’ and wanted to teach her 11-year-old son a lesson, shares Daily Mail.

She posted pictures of the boy wearing the T-shirt on Facebook – but soon removed them after a furious backlash from people who criticised her ‘cruel’ parenting.

‘I don’t coddle my children. I don’t sugar-coat the world to them,’ the mother told KTRK.

She said her plan worked because her son is already treating his siblings and cousins better.

‘I wanted to know what he learned from it and he said, “I learned that I didn’t like the way that that felt and I don’t want anybody else to feel that way because of me,” she said.

‘That’s exactly what I wanted him to take from it.’

The mother said she made the Facebook post so the children he had been bullying would see it.

A school counsellor checked on the child throughout the day and intends to follow up further with the parents as well.

Do you think this is a good way to teach kids a lesson?