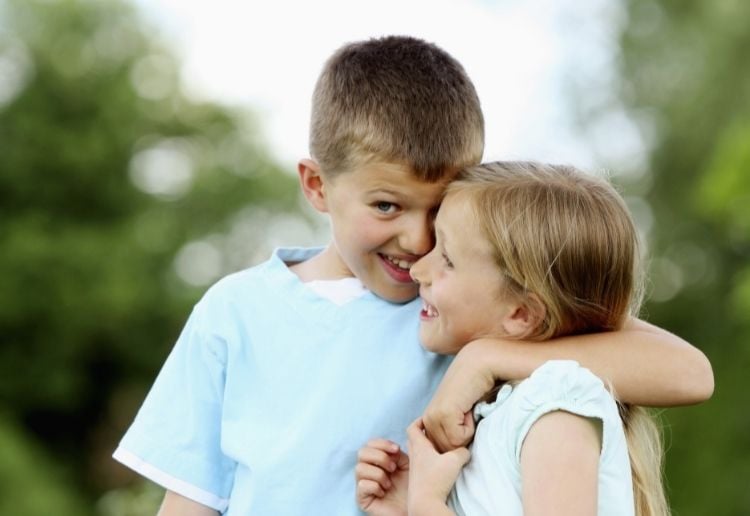 An innocent playground moment has been used by a mum to teach her young son about consent, but her husband says she’s made their nine-year-old out to be a predator.

The mum-of-three says she was watching her boy in the playground, when he put his arm around a girl from his class. She later asked him about it, and the boy told his mum that the girl is his girlfriend.

“My husband laughed and told him, ‘Don’t break too many hearts’, the woman explained on reddit. But the mum saw it as an opportunity to have a discussion about consent.

“I asked my son if he had asked the girl if it was okay before he put his arm around her and he said no. I gently explained to him that he shouldn’t ever touch girls like that without getting their consent first. He didn’t know what consent meant so I had a mini discussion with him about how it’s not nice to touch people without permission and asking first means that you know the other person doesn’t mind.”

While the woman’s husband remain silent during the whole conversation, and her son wasn’t bothered by the minutes-long chat, once he left to go play, the mood shifted.

“After he left the room my husband went off on me, saying that I’m making my son sound like a predator in the making, that it’s just innocent playground fun, and that I’m blowing it way out of proportion. I obviously don’t think my 4th grader is a predator, but I felt like it was important to teach him about the idea of consent from a young age. However, I do have a complicated history when it comes to this subject so maybe that’s clouding my judgment. Was I the asshole here?”

Her question has had hundreds of replies, with most agreeing with the lesson she taught her son, including one mum who said, “Most predators aren’t malevolent sadists who assault women because they enjoy hurting people. Most of them are ‘nice’ young boys/men who have learned toxic, misogynist lessons about themselves, women, and relationships. If parents aren’t actively raising boys to respect women, boundaries, and to be whole human beings, then they are perpetuating rape culture. I say this as survivor and as a parent of two young boys.”

What do you think about the dad’s reaction? Let us know in the comments below.