Article ‘My Wife Leaves Our Baby Alone In The Car, So I Taught Her A Lesson’ 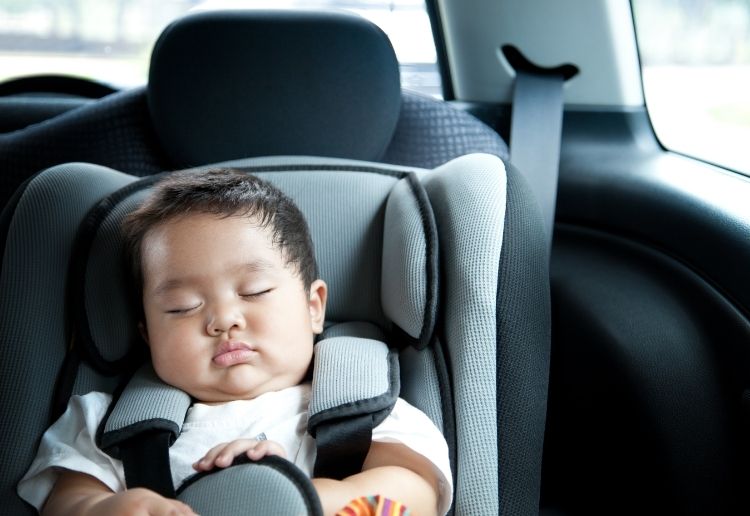 When a dad discovered his wife regularly leaves their baby alone in the car while she’s picking up lunch or at the petrol station, he decided she needed to be taught a lesson. So he decided to ‘kidnap’ their son.

The concerned dad says he discovered a couple of months ago that his wife has a ‘habit’ of leaving their baby in the car when she’s just ducking into a store to get something quickly.

“We were ordering lunch on the Subway app and I told her to pick the location that has a drive thru that way we don’t have to go inside and take the baby out of the car just to clip him back in a few minutes later,” he explained on reddit.

“She told me it’s not a big deal to leave the baby in the car to run in and pick it up really fast. I had no idea she ever did this. I told her I was not comfortable with her leaving him in the car alone even for a minute and she told me she’s been doing it since he was born and it’s always been fine. She told me she does it to pick up food, run into the post office or pharmacy, etc. I was floored. We don’t live in a horrible area but it’s also not super safe either. I told her to not ever do this again.”

The father-of-one said his wife told him she’d never even thought about the potential dangers of leaving their baby son in the car, and promised it wouldn’t happen again. But it wasn’t long before her husband discovered she had slipped back into her ‘horrible habit’.

“Yesterday as I was driving home from my brother’s house I spotted her car at the gas station near our place. It was parked in a spot up front and not a pump, so I figured she stopped in to grab some snacks which we like to do. I decided to stop and go in and say hi and get some food and I pulled in and parked next to her. However when I got there I was furious to find our son in his car seat. The car wasn’t even locked.

“I don’t know what came over me, but in that moment I decided to take my son and put him into my car (he’s got a car seat in there too). I then drove to the other side of the gas station parking lot and waited for my wife to come out. It took SIX MINUTES for her to appear. When she saw that he was gone she looked stunned for a second and then started to frantically look around and cry. I didn’t let it go on long, after this I saw her pull her phone out, presumably to call 911, and that’s when I pulled my car around to her. I parked, got out and walked around to my sons door, and opened it to show him to her.

“She looked extremely relieved but that quickly turned to anger with her asking me why I took him and did that to her. I told her she needed to learn her lesson and she promised to stop leaving him in the car, and that she was extremely irresponsible. It was so easy for me to pull up and take him. No one else at the gas station even noticed! So if he really was taken there would’ve been no help and it would’ve been 100% her fault.

“She proceeded to call me cruel and psychotic and tried taking our son out of my car into hers. I said no and that I would be driving him home, and I left. She came home not much later but ignored me the rest of the day.”

He says his wife asked for an apology, but he refused, saying she’s the one who needs to say sorry.

“She’s been guilt tripping me … saying no mother should experience the fear I put her through. Did I go too far?”

Is it ever ok to leave your baby in the car alone?

Join the conversation over on the Mouths of Mums Facebook page:

Do you think this dad was justified in teaching his wife a lesson? Let us know what you think in the comments below.