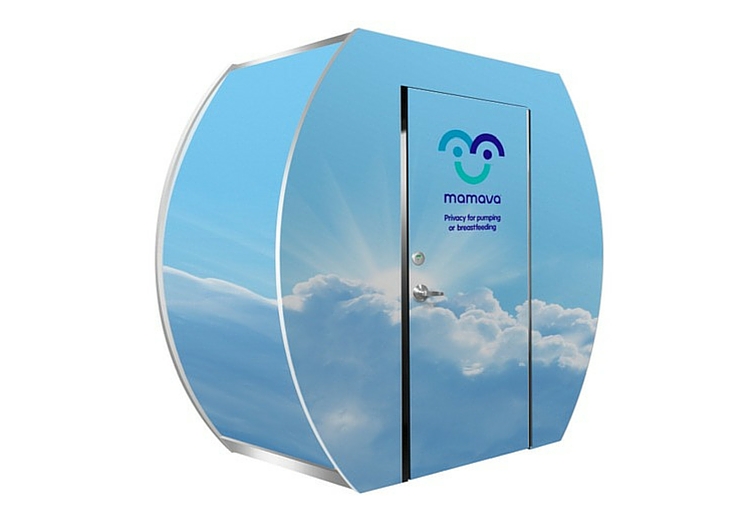 ‘Nursing pods’ have now been installed at one of the world’s busiest airports – allowing mothers to breastfeed in private and comfort.

Located in Atlanta, the Hartsfield-Jackson International Airport has introduced the Mamava pods to help mothers with breastfeeding babes.  The pods themselves feature seating, fold-down table and a power supply for the mother’s that use them.

There is also a digital tablet inside the unit which streams content suitable for mothers and their children while they feed.

Four of the pods are now in use around the airport, where previously only public restrooms offered nursing mothers any privacy.  The airport is also looking to increase the number available in the near future.

In a recent interview with MailOnline, Director of Policy and Communications at the airport explained:

‘We’ve been listening to our customers over the years, and there’s a real demand for these.  It took a little while to get here, but we’ve heard a lot of good things so far.’

The Mamava pods can be found in across the USA in grocery stores, college campuses, federal agencies, sports arenas and malls since they were launched in 2013.  Income can be generated from the pods via advertising, which assists with their upkeep.