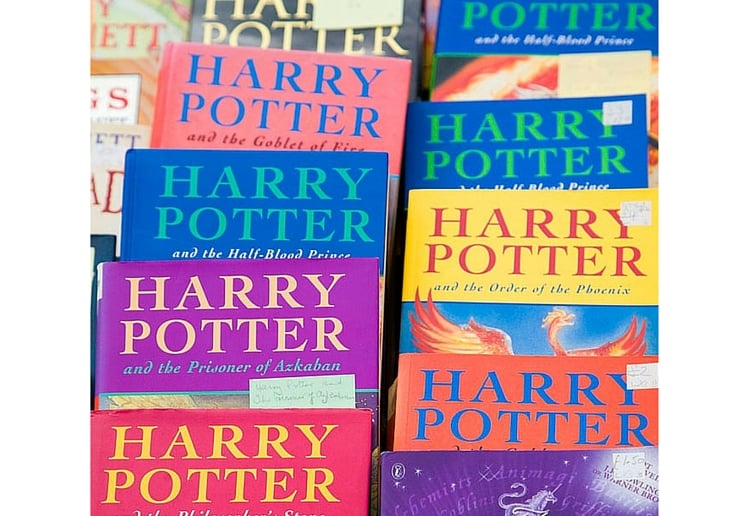 Thinking of selling off your old copies of Harry Potter for cheap?  Stop!  They could be worth some real hard cold cash!

Despite being published less than 20 years ago, it turns out certain editions of the famous series could be worth upwards of $77,000 each.

Author Philip W Errington has researched the value of the Harry Potter books, gleaning his information while working at auction house, Sotheby’s.  He has shared his findings in his new book, J.K. Rowling: A Bibliography 1997-2013.

Essentially, the older the copy, the more money you are likely to get for it.  A hardback edition of Harry Potter and the Philosopher’s Stone, published by Bloomsbury, with a cover showing Harry standing by a train for instance is worth AU$76,000 according to AbeBooks.  If you are lucky enough for the edition to be credited to Joanne Rowling instead of J.K. Rowling you could expect to receive more.

A softback of the first book and a hardback of the second, Harry Potter and the Chamber of Secrets, could fetch up to AU$12,500.

J.K. Rowling’s third Potter book about Harry’s adventures with the Prisoner of Azkaban, published by Bloomsbury, is also worth hanging on to.  It is likely to go for around AU$900.

Later editions of the series were published in much larger print runs and therefore are not as rare or valuable,  the exceptions being if you have a signed copy or special edition, which maybe of some increased value.