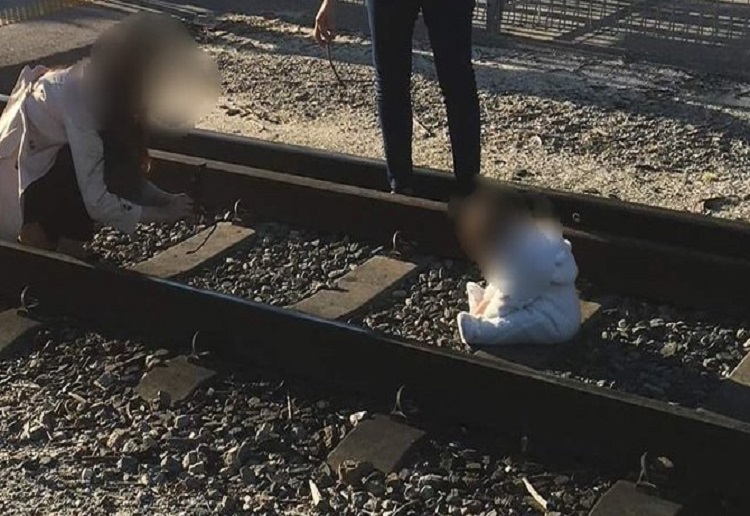 A photo of a baby sitting in the middle of train tracks while its photo was taken has shocked the internet.

An image uploaded to Twitter shows the baby sitting on the tracks while a person more than a metre away took a photo.

Another person is seen standing adjacent to the baby and the photographer, while a third person is standing by a pram, metres away at a crossing.

The image of the incident, which was captured in Fremantle, Western Australia, was posted to The Bell Tower Times Twitter account.

Twitter users were quick to claim the tracks were not in use anymore.

‘Not the point I suppose if they didn’t know, but no train goes through there does it? It’s after the Freo station,’ one said.

However someone else replied, “for those that are saying no trains you better do some research because freight trains still use it carrying shipping containers from the port.”