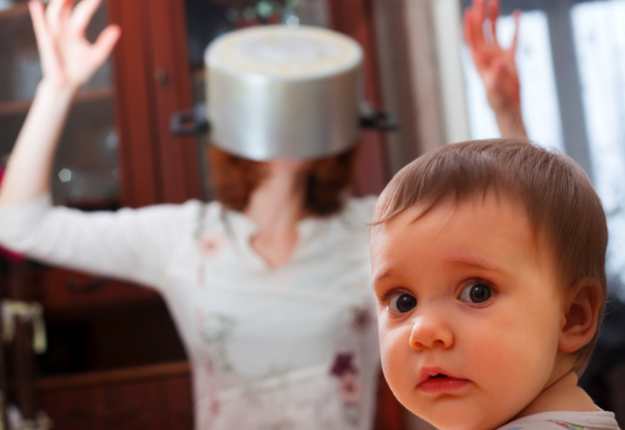 I have a friend who is a single mother to her two daughters. She is kind, sensitive, very funny and more than able to raise her girls into confident women.

In the past couple of years this friend has faced challenges and stresses that would leave many people in a quivering heap on the floor.

In fact, at times she has been a quivering mess on the floor.

Lucky for her, and those that know and love her, she also has a determined spirit to continue on and prosper.

In part, this is human nature but, in another way, it’s almost like an act of defiance to get up out of bed every morning when your heart lays in pieces all over the floor.

Yet despite all this, my friend wavers at times about whether she is doing a good job at parenting or whether she’s (in her own words) a “s&%@ mum”.

Sadly, she’s not alone in this pondering. I have had this conversation many times with other friends and also with myself.

It’s a constant assessment: am I doing this parenting thing right?

Am I doing it ‘too’ right and making my child’s world an unrealistic one? Are they going to end up needing years of therapy because I just got grumpy at them throwing flour all over the kitchen floor? How do I stack up compared to other mums? Once you start with the questions, it’s hard not to stop.

Recently I was trying to dress my little man after his afternoon swimming lesson.

He was so tired and erratic after refusing his day nap that it was almost impossible to get any clothing near him. Arms and legs were flaying round and he was twisting his torso towards a poster with an ambulance on it. I was considering letting him go back to the car in just a nappy but even the concept of me putting on his nappy was clearly too offensive for him.

In frustration, I placed my flat palm on his chest and spoke slowly into his face to get his attention. I chose the scrisper (a scream that is a whisper) to tell him that he needs to lie still for the love of god or…pause for dramatic effect… I’d take his Peppa doll off him.

On the change table next to me was a boy around the same age who was laying very peacefully while his mother dressed him. She sang the alphabet and played with her little gem’s toes while I seethed in internalised mummy rage at my rebellious charge.

In that moment, I felt like the most terrible mum alive.

Why couldn’t my son lay there so peacefully? Why couldn’t I sing the alphabet song and twinkle his toes? What is so wrong with my parenting style that I ended up with a cranky contortionist on the change table? The more this woman sang, the more terrible I felt.

And then later that same day my friend texted me, saying how she worried she was a s^%@ mother after a rather testing rainy day inside with her two daughters. “No!” came my response, “you’re a great mother”.

It is funny how quickly I can back a friend but be so merciless in my own assessment.

In my response I also realised where I myself had gone wrong. I am a great mother too but sometimes I have moments that I’m not particularly proud of.

But hey, that’s life. The part doesn’t define the whole. Besides, if all my son ever encountered in his life were perma-happy people who bent to his every whim without challenge then his view of the world would be very one-dimensional.

Despite a maternal reflex in me to give my son everything he wants or needs, I also have to accept that he has to see the ‘less perfect’ world and learn how to deal with it.

He needs to understand that people can sometimes get upset at his behavior because this helps to define his boundaries.

And he also really needs to see his parents express all kinds of emotions – disappointment, sadness, anger, joy, anxiety, and boredom – in an appropriate way so he can have an idea of how to handle those emotions in himself and other people he interacts with.

I’m sure the fellow mum at the change table has her own terrible parenting moments too.

No child can be permanently placid and happy all the time. So why do we expect that of ourselves as parents?

It’s good to question ourselves as parents and make changes where things aren’t working but the end goal shouldn’t be perfection – that’s just not reality and nor should it be.

We all have bad hair days, even Super Mums!