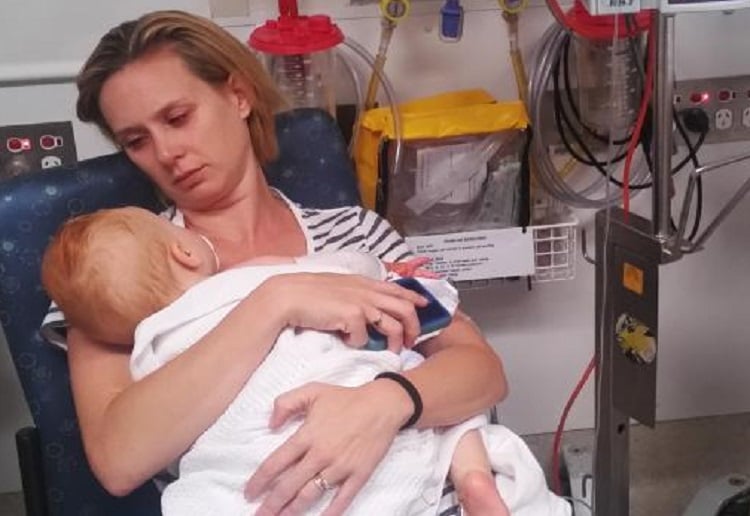 Baby has been diagnosed with a tumour two days after a doctor reportedly told her mother she was just “misbehaving”.

Perth Now has reported the baby girl, eight-months-old,  is undergoing chemotherapy after the discovery of a cancerous tumour crushing the little girl’s spine.

Nora Holly was taken to the new St John of God Midland Public Hospital by her parents after she was struggling to stand and crawl.

At first, the doctor reportedly told the couple their daughter was suffering from “behavioural issues.”

The family dismissed the diagnosis and requested a second opinion, and a senior doctor found what he thought was a fractured leg.

Nora’s leg was placed in a full cast and she was discharged. 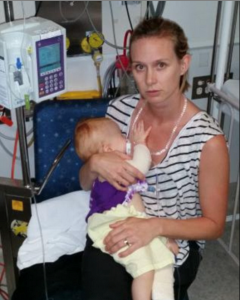 Days later Nora’s condition continued to deteriorate and she lost control of her upper body. She was then admitted to the Princess Margaret Hospital and her leg-cast was removed with no evidence of a fracture.

She was booked to undergo MRI and CAT scans on Tuesday when the cancer was revealed.

Doctors discovered a neuroblastoma in her chest cavity that was strangling 85 per cent of her spine.

The parents were told by doctors at the PMH if treatment had been delayed by another day their daughter could have suffered permanent spinal cord damage.

“As a mother of three I knew enough about my children to stand up a bit to what they were saying. But what happens if a mum comes in and completely accepts what the doctor says?,” Nora’s mother Naomi Holly told Perth Now.

Nora has regained some movement in her legs since beginning treatment but it’s too soon to tell if the cancer has spread to her organs.

It has been reported St John of God  are undertaking investigations based on the clinical presentation of the infant of the time.

“We are just struggling a bit after the first load of chemo,” said Nora’s father, Hannan Holly.

“We have a whole lot of tests in the next couple of days – we will have more information as we get those results back.”

We wish little Nora all the best.