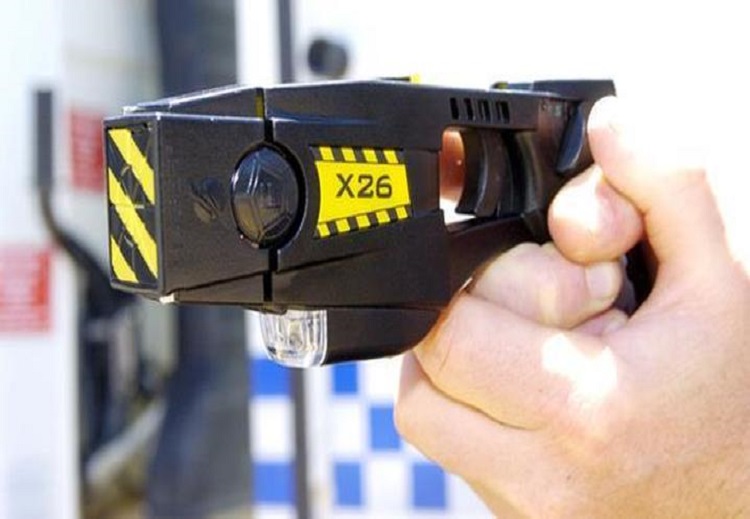 Police have tasered a 16-year-old outside his high school in full view of his mother, alleging the youth assaulted officers.

The teenage boy arrived at Casuarina Senior College on Monday and began hurling bins around the playground, witnesses told the ABC; other reports suggest the student may also have slashed the tyres on a car.

His behaviour, which may have been linked to a weekend altercation he had with a female acquaintance, led to police being called, reports the 9 News.

When officers arrived the boy, who was sitting in the office, asked “am I under arrest?”, according to the NT News.

The boy’s mother says her son only lashed out at police when an officer grabbed him from behind; she intends to make a formal complaint over her boy’s treatment.

“I saw the whole thing. I’m going to take it further,” she said.

NT Police said in a statement they “were faced with a 16-year-old male causing a violent disturbance”, and  “deployed a Taser on him in order to control the situation and ensure the safety of the attending officers, staff, students and members of the public.”

The Department of Education Department described the incident as an “unfortunate disturbance”.

“The safety and wellbeing of students, staff, parents and visitors at all schools is of highest priority for the department,” the statement said.

The boy will face court on Friday.