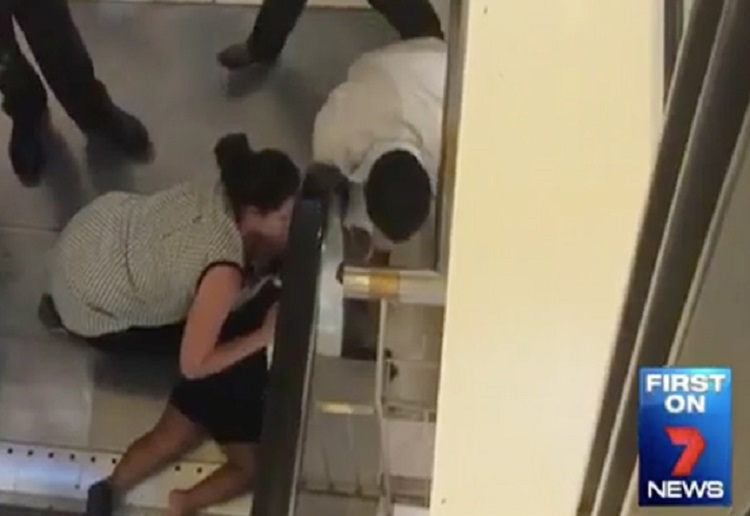 The young girl was shopping with her parents when she fell on the escalator and her arm became stuck.

As the mother tried to comfort her, her father and security guards frantically tried to free her, using a screwdriver and other tools.

Thankfully the young girl was eventually freed. A trip to hospital before she was given the all-clear to go home.

Westfield says its travelator instantly shut down because of a special safety device, reported 7 NEWS.

Workcover has been called in to investigate how the accident happened in the first place.

Jason Chambers from Kidsafe said Australia was lucky that it hadn’t had many severe accidents involving escalators and travelators.

“We’ve been quite lucky that we haven’t really seen that many severe accidents in Australia recently, but there have been quite a number of severe injuries overseas,” he said.

So glad she is OK. I am always onto the kids to stand still on the escalator. They scare me!