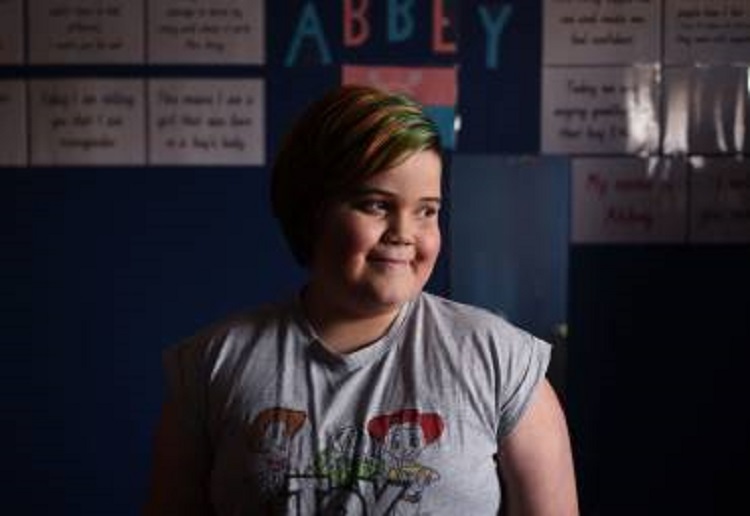 Primary school student comes out as transgender, using social media to announce her transition from Ethan to Abbey.

In a YouTube video created with the help of her teacher at Mowbray Heights Primary in Launceston, 11-year-old Abbey Boon holds up a series of signs explaining that she is a girl born in a boy’s body. The video has since been removed.

“It felt weird to play with boys because I wasn’t into the same things as them, ” Abbey wrote.

On the last day of term, Abbey shared her true identity with her fellow classmates saying that while she likes being Ethan, she “didn’t want to be him”.

“I can’t really explain it. It was like my heart was slowing down and I felt sick,” Abbey told  Fairfax Media.

“I thought everyone was just going to turn around and be nasty and everything. They did turn around but they smiled to me.”

Abbey’s mother, Melinda Miles said she will continue to support her daughter’s transition.

“At first we thought she was going to be gay and we accepted that, but she came up to me late last year and she goes ‘I don’t want to be a boy, I want to be a girl’,” mum said.

“I said ‘righto, I accept the way you are’, and I support her, I support everything she does,” she said.

“Half the time you don’t even think she’s a boy, that’s the way it’s gotten now.

Abbey will soon see a specialist to prevent the onset of male puberty and she expects to begin hormone replacement therapy when she turns 18.

Image via The Examiner