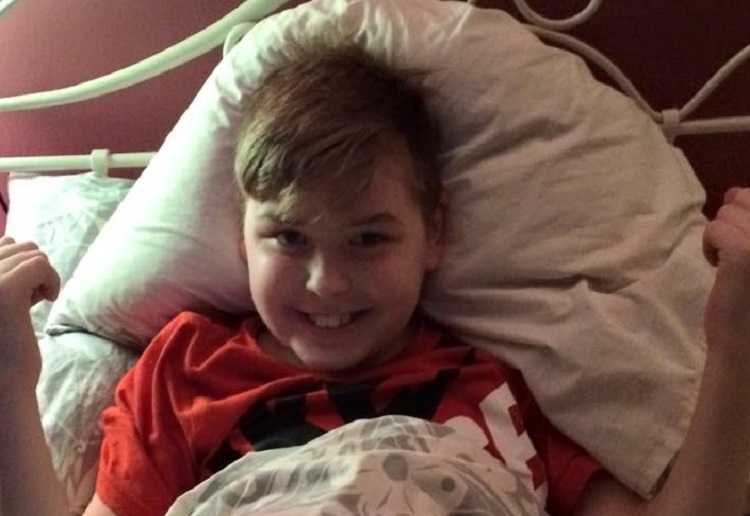 10-year-old Felix Brown from Bournemouth, Dorset has managed to remain positive writing a charming and funny online diary about his ongoing battle with leukaemia

Felix was diagnosed with acute lymphoblastic leukaemia just six weeks ago and began writing a candid blog about his daily highs and lows.

He documents his diagnosis, the daily cocktail of drugs he has to take to control the cancer and the debilitating effects of chemotherapy, including having legs so painful he struggled to walk.

But he also stays positive by making jokes at his family’s expense – mocking his father’s lack of hair, his mother for worrying too much, and his grandmother’s crush on his doctor.

His Facebook page has now become an online hit, with thousands of people liking his posts.

One post on Facebook page The Diary of Felix Brown said: ‘Mum has only asked me 153 times if I’m okay today. Today is a good day.’

Another said: ‘Some of you may have noticed that my face is getting rather bloated. This is the steroids.

‘I don’t want you to be alarmed but I will puff up a bit more and become bald over the next few weeks – just like my Dad! #steroidboy #baldboysrock #pufftastic’

His blog documents day to day life of living with cancer, highlighting the funny side effects of taking steroids, such as unusual hunger cravings.

Likening himself to the Incredible Hulk, he said the drugs also trigger bad mood swings.

However, he jokes he can often use his medication as an excuse to play pranks on his siblings – on one occasion smothering his big sister in cream cheese and blaming his cancer treatment.

Writing on Facebook, he said: ‘Sister got on my nerves at tea tonight so I smothered her in Philidelphia. I said the steroids made me do it.’

Posting a picture of him and his father Dylan, he said: ‘All home. Still got more hair than Dad.’ 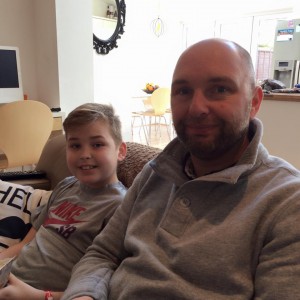 And after his grandmother Margaret Smith came to a hospital visit with him, he wrote: ‘Clinic this afternoon was good. My Nan has a crush on my doctor #embarrassing.’

Felix said: ‘A lot of things went through my head when I was told I had leukaemia.

“The blog isn’t a place for doom and gloom though. I wanted to look at the positive side of things because I’m still Felix, that hasn’t changed”

Felix’s mother Kerry, 43, said she is proud her son

‘Felix has always been a happy kid who loves making people laugh because life’s too serious and hard enough as it is.

We wish Felix all the best.