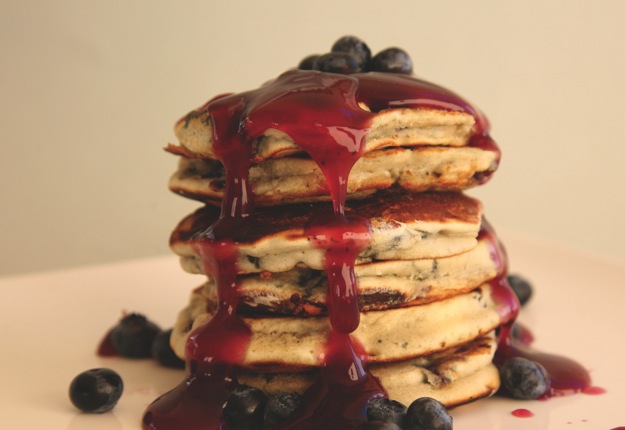 Recipe from ‘Symply Too Good To Be True- Book 3′

Replace blueberries with 2 cups fresh apple peeled finely diced. Instead of sauce make cinnamon sugar by mixing 3 teaspoons sugar and 1 teaspoon cinnamon together, sprinkle over flapjacks OR Omit the sauce – it will reduce carbohydrate count to 31.2g, 606 kilojoules (144 calories). Suitable to be frozen.

Annette’s cookbooks SYMPLY TOO GOOD TO BE TRUE 1-7 are sold in all good newsagencies.