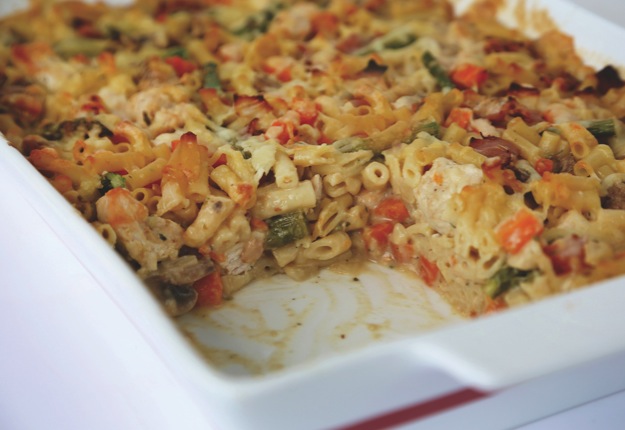 This Chicken and Bacon Pasta Bake is sure to be an instant hit with the entire family.

Recipe from ‘Symply Too Good To Be True- Book 7′

Suitable to be frozen for 2-3 weeks.

Dietitian’s Tip: Asparagus is packed with antioxidants, ranking it among the top fruits and vegetables for its ability to neutralise cell-damaging free radicals. Research suggests that this slows down the ageing process.

Annette’s cookbooks SYMPLY TOO GOOD TO BE TRUE 1-7 are sold in all good newsagencies.