Review DORK DIARIES: ONCE UPON A DORK 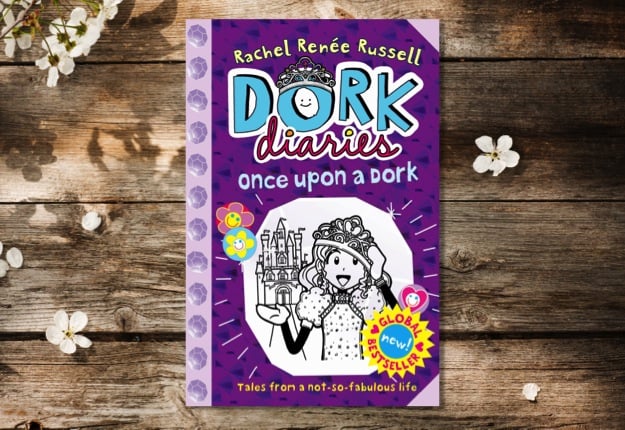 DORK DIARIES: ONCE UPON A DORK

With her internationally best-selling series, Rachel Renée Russell has created for girls what Jeff Kinney did for boys with The Diary of a Wimpy Kid.

Nikki Maxwell, Queen of the Dorks, is back in a brand new instalment of the internationally bestselling series, now with 13 million copies in print worldwide.

After a bump on the head, Nikki has a wild dream in which she, her BFF’s Chloe and Zoey, her crush Brandon, and mean girl Mackenzie all end up playing the roles of some familiar classic fairy tale characters.

Will Nikki’s dream turn into a nightmare?

Find out more about DORK DIARIES: ONCE UPON A DORK here.

Available as eBook or paperback from your prefered book retailer.