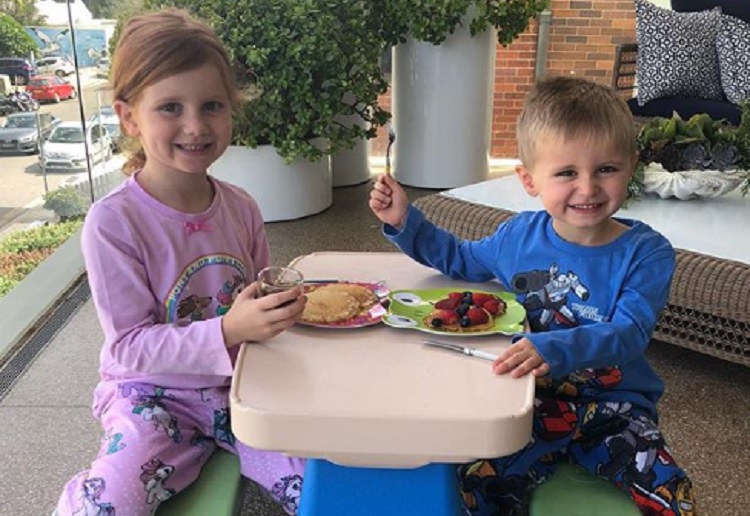 Roxy Jacenko shares why she lets her four year old stay up late even on a school night: ‘You’ve got to do what works for you and your kids’.

The 38-year-old mum of two, Pixie, 6 and Hunter, 4, told 9Honey she lets her son Hunter go to bed at 11pm even on a school night, so she can spend more quality time with her child.

“I suppose when you’re a working mother and you leave early in the morning and get home late in the evening, putting your kid to bed at seven o’clock becomes something that you don’t want to do — because if you do that, then you don’t spend time with them,” she said.

“So I sort of let Hunter go to bed later… and later and later.”

“I get home at six sharp every night now but I want to spend time with both Pixie and Hunter, and that means that they go to bed late.”

“People will disagree with my mentality of ‘Let the kids go to bed when they want to go to bed’ but I want to spend time with them, and that’s what works for us,” she continued.

“Sure they’re tired in the morning, but they’re happy kids because they’re spending time with myself and Olly.”

Kids need good quality sleep. Kids aged six to 12 years old should get nine to 12 hours of sleep a night, according to the American Academy of Pediatrics.

Not getting enough sleep is associated with an increased risk of injuries, high blood pressure, obesity and depression.

Would this work for your family?