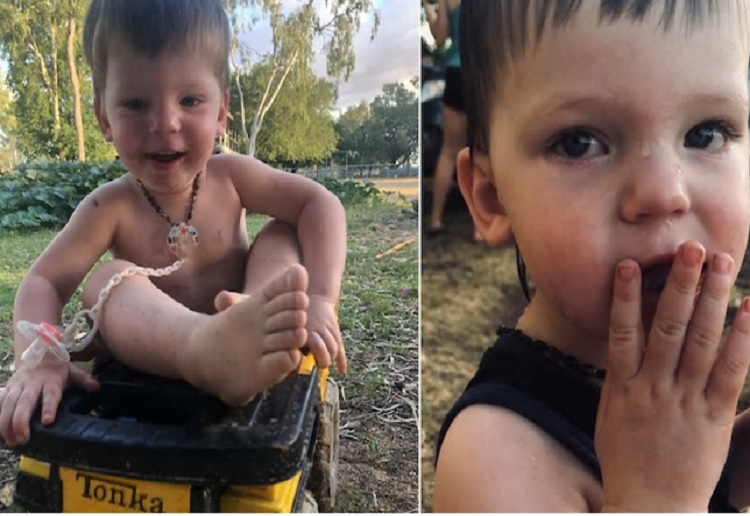 Sadly Police divers have located the body believed to be 2-year-old boy Ruben Scott, missing on a crocodile-infested property in far north Queensland.

Police divers have this afternoon found the body of missing two-year-old Ruben Scott. He was found in a large dam located near the homestead.

The toddler was last seen near the homestead at Koolatah Station, east of Kowanyama, just before 6pm on Tuesday.

Chief Superintendent Brian Huxley expressed his condolences to the family and his gratitude for all involved in the search.

Police will now prepare a report for the coroner.

The search for two-year-old Ruben, missing since Tuesday night resumed at first light on Thursday.

Emergency crews, cattle station crews and graziers with private helicopters spent Wednesday searching for the boy on the station, 270km north of Karumba on the western side of Cape York Peninsula.

“Ruben is a very fun and outgoing little boy with a very sarcastic sense of humour,” his mum, Natasha Scott, told 7NEWS on Wednesday.

“He’s very gentle and always loves to do hands on things. He loves his cars, trucks and anything with wheels on them.”

It’s been a race against time to find the toddler as the homestead sits on the back of a lagoon that’s a known crocodile habitat.

The grandfather of two-year-old Ruben Scott, missing in far north Queensland, has thanked everyone who has helped in the mammoth search for the toddler but says the family is “preparing for the worst at the moment” as the efforts to find him continue.

“Hopefully we can find Ruben today,” Noel Scott said in a video released by police from Koolatah Station.

Ruben was last seen on Tuesday evening playing with a black puppy.

Cape Patrol Inspector Mark Henderson said he sat down with the family on Thursday night to discuss the likelihood of the toddler still being alive.

“It’s been a very hard task and we’ve given it our best, but pediatric experts now tell us that survivability has passed,” Henderson explained.

The search will continue in hopes of finding the young boy and bringing closure for the family.