Article Shoppers Are Going Crazy Over This $13 Kmart Fry Pan 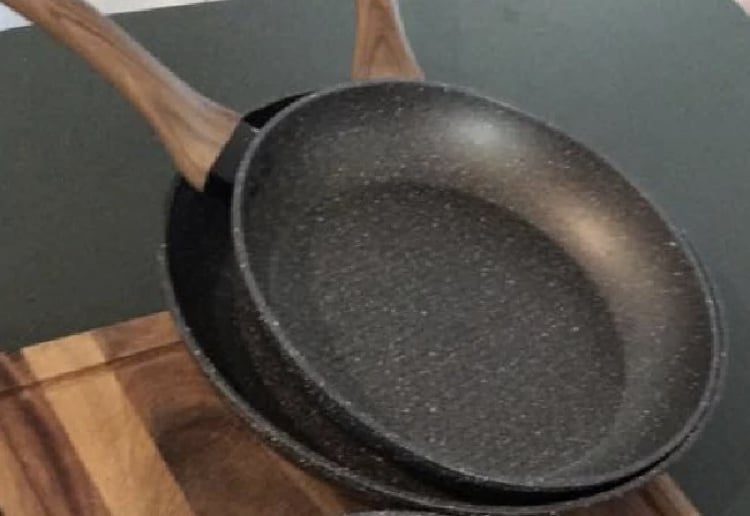 I remember adding a $200 non-stick pan to my wedding registry. Only the best for me and my kitchen, after all! But that all changed when I had kids.

After my expensive non-stick pan was no longer non-stick and was relegated to the bin, there was no more budget for pricey pans. But who cares, when there’s pan like the Kmart non-stick one, which fans claim are even better than those branded competitors I bought pre-kids.

A friendly Kmart shopper gave us the heads-up about these $13 pans on the Kmart Mums Facebook Group, saying:

“These Kmart non stick pans are awesome,” and included pics of the aluminium frying pans.

Other commenters agreed and one even described the product as “better than a Scanpan” — which costs almost ten times the price.

Fans of the pan say that they distribute heat evenly while cooking and most important clean really easily – which for me is the best quality of these pans.

Some noted that the pan last about a year but this seems pretty good value still.

On the Kmart website, the product is described as having four layers of non-stick coating on the pan and is “PFOA free” — ensuring no dangerous toxins are released when heated up.

I haven’t personally tried the Kmart pan, but I am a massive fan of the Arcosteel Stonehenge brand, available at Woolworths. We bought a 26cm frypan for $25 over a year ago and the pan is still like new. It is a joy to clean, even with messy crusted-on burnt bits.

This one may be slightly more expensive than the Kmart counterpart but I give it a big thumbs up.

What brand of frypan do you use? Tell us in the comments below.