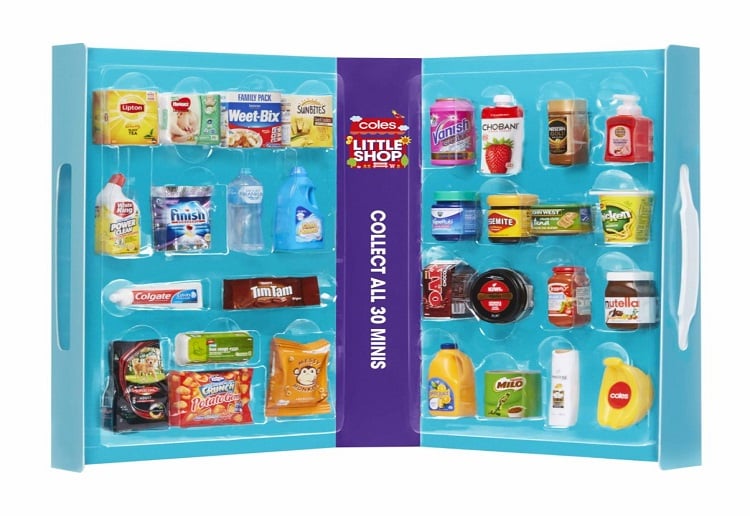 The supermarket giant is offering customers miniature versions of everyday items on sale in store for every $30 they spend, which can be placed inside a plastic display package, shares yahoo 7.

Some customers loved the idea of the promotion while others slammed the supermarket over its continued use of plastic in the wake of their ban on single-use plastic bags.

We’re putting it out there though. Despite all the haters, we LOVE this idea and we know our kids will have so much fun collecting these miniatures. Please Coles, do not bow to the insane pressure and remove this promotion before it’s even gathered momentum. We support you!

People (Once Again) Are Losing It

“It’s ridiculous, especially given the environmental impact,” one Facebook user wrote on the Coles page.

“Have you seen the amount of plastic and other material that is just going to waste! How long will people collect this crap for before it goes either into landfill or into the ocean?” another asked.

“If either Coles or Woolworths actually cared one iota for the environment they would not try and one up each other marketing such prolific and damaging waste.”

Others labelled the marketing push as “clueless” and wished it would be a “sensational failure”.

Coles has insisted the plastics involved in the new initiative are fully recyclable, including its packaging.

One person has even started a petition to prevent the promo!

Love them or hate them?