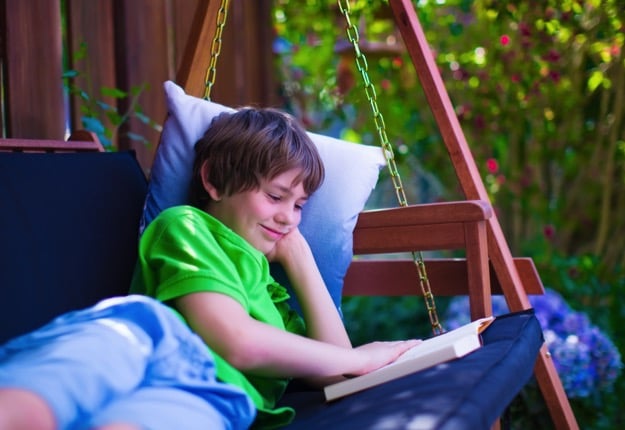 For a lot of us who grew up in this country, the history we learnt at school was all dates and dead white guys.

When history is taught with force-fed names and timelines instead of gripping narration, it is little wonder that it can come with a ‘boring’ tag.

History is a story, and should be taught with the excitement, suspense, twists and turns, beginnings, middles and endings that are at the core of every well-told tale.

After all, what kid doesn’t love a good story?

I believe that every love of history comes out of just one well-told story. One that grips you, builds your curiosity, and leaves you yearning for every scrap of information that you can possibly find about the wider context of the time.

For me, it was the story of the Cottingley Fairies…

In 1997 a film by the name of Fairy Tale: A True Story was released. I was 6. The movie told the true story of Elsie Wright and Frances Griffiths, two cousins who in 1917, using the camera of Elsie’s father, took two photos of fairies dancing in the bottom of their garden in Cottingley, England.

Their parents, particularly Elsie’s father, were dubious at the least. But Elsie’s mother Polly wasn’t so quick to dismiss the photos. She sought the opinion of an expert in photography, Howard Snelling, who said with utmost conviction that the photos were entirely genuine and showed no trace of studio work involving card or paper models.

The photos came to the attention of Sir Arthur Conan Doyle, author of Sherlock Holmes. He obtained a second opinion from Kodak and they too agreed that the photos showed no signs of being faked, but declined to comment on whether the photographs actually proved the existence of fairies.

Doyle arranged for Elsie and Frances to each be given a camera (as Elsie’s father  refused to lend his own again to two little lying girls). The girls insisted that the fairies would not emerge if others were watching, so they were left alone with their cameras. Sure enough, they took a further three photos of the fairies.

The photos were packaged up in cotton wool and sent to Doyle, who was giving a lecture series in Melbourne. He was captivated.

He wrote an article about the photographs and the existence of fairies in the December 1920 edition of The Strand Magazine. The reaction was mixed. One review concluded, “knowing children, and knowing that Sir Arthur Conan Doyle has legs, I decide that [the girls] have pulled one of them.”

In 1983, when Elsie was 83 and Frances 76, the women confessed. The photos were indeed of paper cutouts propped up by hatpins. They kept up the ruse for so many years, firstly just out of harmless childhood trickery, and then out of embarrassment, having fooled the creator of the literary world’s greatest detective!

Well, at 6 years old, I was hooked. Both on fairies and on the photographic capturing of history.

I unashamedly admit that I spent most waking hours of the next two years thinking about, drawing and writing to the fairies in my own back garden. Like Elsie and Frances, my mum kept the story going – replying to my letters in impossibly small fairy writing in tiny cards dusted with glitter. One day, the letter I fetched out of the tree at the bottom of the garden said that the fairies, although they had very much enjoyed my company, had to go and inspire other little girls in other gardens. And that was the last I heard from them. Well played, mum.

Since that time, my love of history has only grown and I am keenly drawn to the stories of history that have happened since the beginning of photography. The sense of realism, and the possibility of being tricked, is the most exiting contrast.

And, yes, I have always maintained my soft spot for fairies…

A ‘turning point’ story like that of the Cottingley Fairies exists for every child. I am sure of it. Some are yet to discover that one story that pushes them over the line to a love of history, but with frequent historical story time, it could be just around the corner.

And you will know when they have found it. They will become insatiably curious about it, want to read every book, visit every website, have a new-found desire to visit a particularly significant site, or simply want to attend every dress-up party as a fairy…

History is not dates and dead white guys.

History is the stories that keep us curious and make us hungry for knowledge. And it is never to early or too late to sit down with a child and find their turning point story from the pages of history…

Did you hear or read a story that had you hooked on something from history? Please SHARE below.