Article SUPPORT for young teens who snatched their newborn daughter 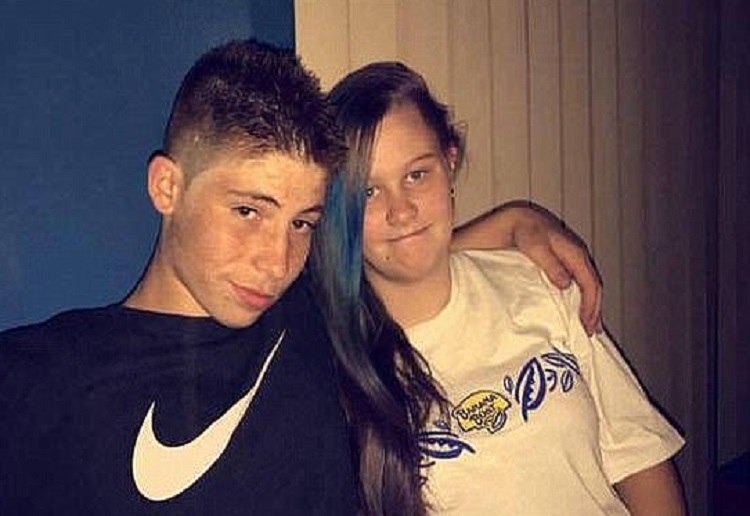 Teenage parents accused of snatching their three-day-old baby from a Sydney hospital have briefly been reunited with their daughter Aria, after having no idea where she was for the past few days.

Jayden, told 7News, the young couple burst into tears when their family was briefly reunited and it gave them hope she would be returned to them permanently.

Jayden and Jenifer Morrison drew national attention on Thursday when they hid Aria under a blanket and left Nepean Hospital under the cover of darkness.

The teenager cried as they faced the media the day after taking their daughter over fears social services would take her. No charges will be laid over the incident, police said.

Jayden and Jenifer claimed social workers had previously told them they were ‘too young to decide’ what happens to the child.

Support offered for the young parents

Close friends of Jayden and Jenifer have urged people to give the pair a chance.

Young parents themselves, Cheyanne Eastment-Cameron, 16, and her boyfriend Brendan Nelson have since defended the young lovers.

Speaking to The Daily Telegraph, Cheyanne – who is pregnant with her second child after having her first aged 14 – claimed the pair were ‘good with kids’ and deserved a shot at parenthood.

‘They should be allowed to have the baby. They are good with kids and every teen parent should be given a chance,’ she told the publication.

Her boyfriend, Brendan, said Jenny and Jayden were more than capable of raising a child and had helped them raise their own baby.

‘The amount of times Jayden used to come over, even Jenny, they would volunteer to help with Brenda… they can do it.’

The system is failing teenage parents

One mum, who had her first born at sixteen, believes the couple should be given a chance to raise their daughter with the community’s backing.

“They need support and acceptance around them so they can nurture their child,” Bernadette Black, 40, from the Brave Foundation shares in an article on Whimn. (Read the full story here)

“These young people have a right to information and, at the moment, we are failing to enable them to have accessibility and pathways. They want to be good parents, they believe they could be good for their little girl and I believe that they can, but they need support and acceptance around them to nurture them, so they can nurture their child.”

“If they are given access to support and to nurturing [by the community], they can have a great future and so can their child. This beautiful young family can be Okay.”

Do you think the system is failing teenage parents?