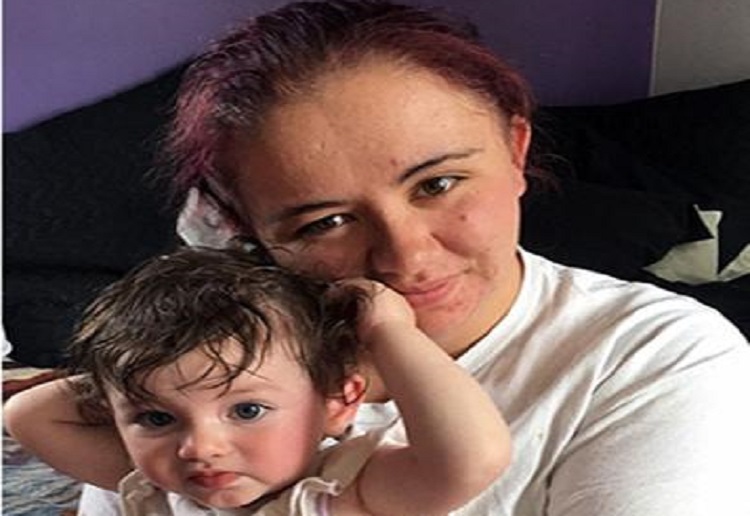 Teenager was home alone when she went into labour, without even knowing she was pregnant.

Emma Crofts-Wilson, 19, started experiencing what she thought were just intense stomach pains one day. A few hours later, her daughter was born on the kitchen floor, reports 7 news.

Doctors estimate that she was 39 weeks pregnant when she gave birth to Hannah-Marie Teira, now 11 months.

Emma started experiencing stomach aches the night before but ignored it and went to sleep. The next day, the pain was still there so she took some Panadol.

Medication didn’t help and, at one point, she felt the urge to push.

It was as she laid on the kitchen floor and saw her baby’s head that Emma realised she was in labour.

“I didn’t know what was happening. I just felt a major stinging feeling and when I looked down I saw a head,” she recalls.

“I was in complete shock and didn’t know what to think, but I managed to cut her umbilical cord with a pair of kitchen scissors and wrapped her in a towel.

“Then I tried to clean up all the blood.”

Emma still lives with her parents and younger sister. Once she finished giving birth, she texted her mum: “Please don’t be mad or angry, but I’ve just had a baby. I don’t know what to do”.

Her family rushed home to be by her side and Emma was taken to hospital where both she and little Hannah-Marie were declared healthy.