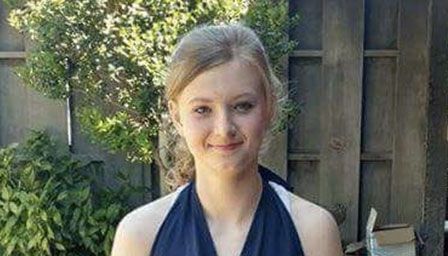 Our deepest condolences to the family of a US teen who died while taking a bath after it is believed she touched her mobile phone that was charging nearby.

The fourteen-year-old Texas girl, Madison Coe, was electrocuted on Sunday morning. It is believed she either plugged in her phone, or grabbed it while it was plugged into a charger nearby.

“There was a burn mark on her hand, the hand that would have grabbed the phone. And that was just very obvious that that’s what had happened,” her emotional grandmother Donna O’Guinn told KCBD in Texas.

Madison’s grieving family hopes news of the tragedy will help educate others of the dangers of plugging in electrical appliances near water, and potentially prevent other deaths.

“This is such a tragedy that doesn’t need to happen to anyone else. And we want something good to come out of this as awareness of not using your cell phone in the bathroom as it is plugged in and charging,” Ms O’Guinn said.

“It’s overwhelming to realize that there are people that we don’t even know and we’ll probably never even meet that have taken this message and shared it to protect another child or even an adult. We don’t want to lose anybody.”

The teen’s death came seven months after a similar story of a London man who was electrocuted in the bathtub by an iPhone connected to a charger.

How tragic! And very scary. We bet there are heaps of kids out there who do this.  Nikki from MoM said, “my children sometimes watch a show with their iPad on the bathroom counter (not within reach of the bath and definitely not on charge) so please be aware of the dangers. Although really, I guess it’s no different to a hairdryer/straightener.”

PLEASE teach your kids to never touch their device if they are using it around water even if they’re ‘just watching’ a text could easily come in and they’ll get tempted to touch!

Mums are also guilty as stated below so please be careful!

A new study from Netflix has found that mums often watch Netflix while multitasking — specifically while in the BATHROOM. 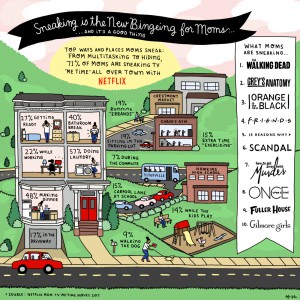 Our thoughts are with this family at such a tragic time