Last year I had what I thought was a BRILLIANT idea – I would save up for my children’s school expenses and pay for them in full immediately as the permission notes were brought home.

As a mother of eight, with five little ones attending school, this seemed like such a great plan. It really made sense! Of course, there would be unexpected excursions lurking around the corner of every term, but if I had already budgeted them into our finances it had the potential of making it so much less daunting.

Sure enough, the school managed to invent a new expense. They called it ‘Sports Pro’, it was EXACTLY the same as the standard sports day at school, except, you had to pay for it – and if you chose not to, then your child would miss out.

Now I’m not suggesting that it’s the school’s fault that they had to cancel the program. And they put a stop to it before it even started due to COVID-19.

Then they sent an email out empathising with the parents and stating that they would waive the fee for Sports Pro, due to the fact that they wouldn’t be going ahead with it, but also because they claimed they wanted to help parents out financially by not charging for something like that at a time when finances were so uncertain.

It makes sense no matter which way you look at it. I mean how could you charge people for a service which you were not going to provide…

I emailed them straight away to ask how they would be processing my refund and if the money could just be credited towards school fees – only to be told that I wouldn’t be receiving any form of refund or credit (as I had already paid)!

How could this be?! If it were any other organisation who had charged me for a service that they weren’t going to provide in any way, I would take the matter further. But this was my kid’s school. And I couldn’t very well start a drama of that magnitude and expect that my children wouldn’t be treated differently….my hands were tied.

Just thinking about how fake they were when they claimed to be cancelling the program to better care for the financial well-being of families from the school still infuriates me! If I had just held back the payment by two weeks I wouldn’t have been robbed of my money by the school!

Here’s the Advice…Don’t Pay Straight Away!

Like with everything in life however I am taking this as a lesson. Not everything has to be paid for immediately, there’s no panic to get these sort of things finalised and if they want to exclude any of my children for whatever reason, then so be it! But never again will they be receiving instant payment from me for anything!

I agree that things don’t always go to plan and especially during these uncertain times we need to be more flexible, understanding and willing to adapt to unexpected situations. However, what is the point of misleading everyone into believing that an organisation is being compassionate – when in fact they most certainly are not!

This Year Will Be Different!

No, this year I will be leaving all payments until the very last moment and if the school makes me feel uncomfortable in any way I will remind them of the unreasonable amount of money they have practically stolen from my children last year.

Don’t ever feel bad about making late payments, especially if there isn’t any extra interest to worry about. It’s better to pay for something late than have your money taken from you with absolutely nothing in return.

How do you usually pay school fees and expenses? Do you pay straight away or late? Tell us in the comments below. 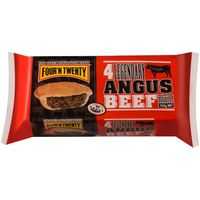