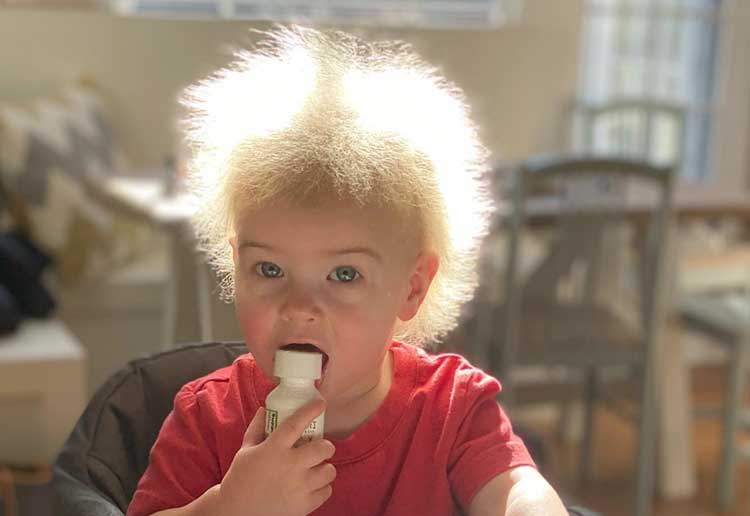 Like many babies, Locklan Samples was born with hair, and like many babies that hair didn’t last long. Except Locklan’s dark locks were replaced with a shock of fuzzy, blond hair. His parents had no idea that his crop of unique hair made him one of only 100 known cases of a very rare syndrome.

By six-months-old, Locklan had completely lost his dark hair and by nine months, his hair was a white-blond. “We were like, huh, what is this?” Locklan’s mum Katelyn told PEOPLE. “We knew it was different but didn’t know exactly how. And then it kept growing and growing.” 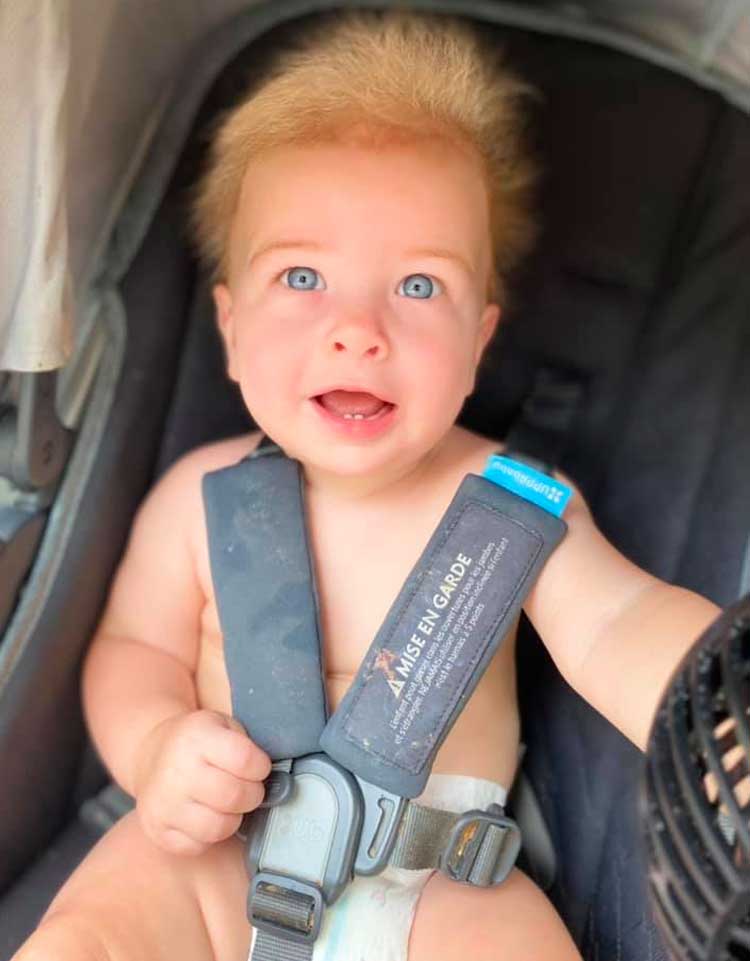 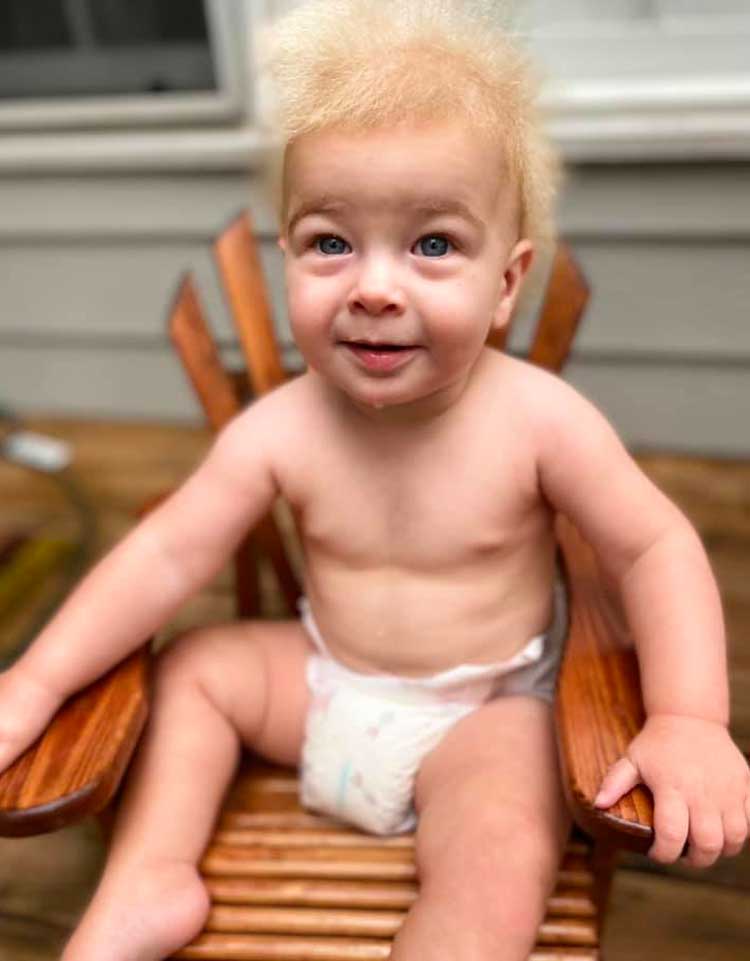 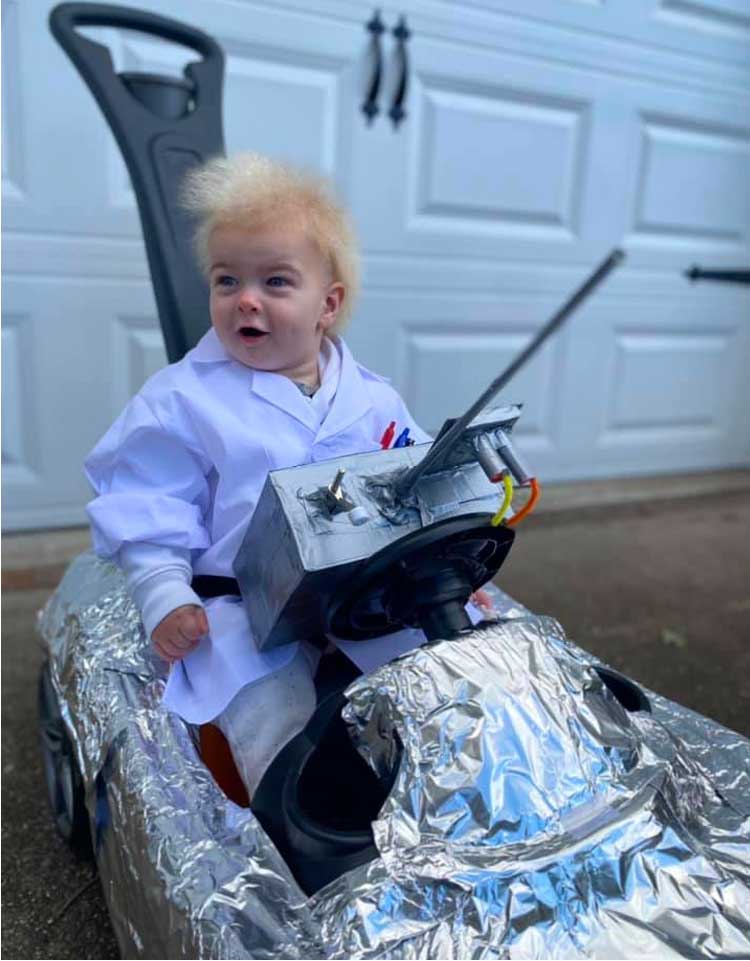 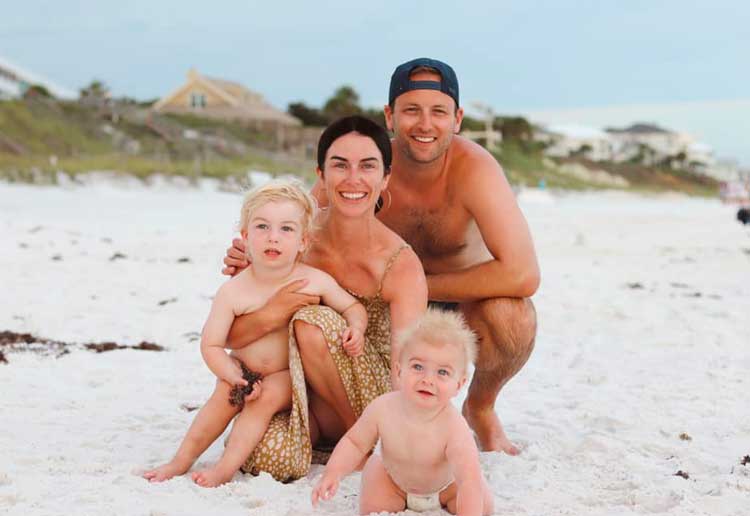 While Locklan’s older brother Shep also has striking blond hair, his is straight and smooth. And while his parents knew there was something different about their youngest child’s hair, it was a well-meaning stranger who led them to a diagnosis.

“People were definitely noticing it,” Katelyn said.  Then she received a message on Instagram from a stranger asking if Locklan had been diagnosed with uncombable hair syndrome.

“I was like, oh my God, what is this? Is something wrong with my baby? I went into tailspins on Google.”

The 33-year-old mum-of-two contacted her pediatrician, who referred her onto a specialist.

“We went to see her and she said she’d only seen this once in 19 years. She didn’t think it was uncombable hair syndrome, because of how rare it is, but they took samples and a pathologist looked at it under a special microscope.”

After testing, it was confirmed that Locklan does indeed have uncombable hair syndrome – a condition so rare that there are only 100 known cases. Katelyn says the diagnosis has taken some adjusting. but Locklan’s future is bright.

“You’re just going about your day thinking everything’s fine and that your kid might have curly hair, which does run in the family. And then to hear that there’s a rare syndrome associated with your kid — it was crazy.

“They said because he was developing normally in every other area of his life, that we didn’t need to be worried about anything else being a concern.”

Katelyn has since started an Instagram account called Uncombable Locks to raise awareness of the rare condition, and help educate other parents. And she hopes it helps Locklan, now 16-months-old, in the future.

“I would say that 98% of people are so kind and love it. They say he’s like a little rock star. It brings a smile to peoples’ faces. And right now when he’s little, he loves the attention and doesn’t mind it. But with both of our kids, we want to teach them to be confident in who they are, no matter what makes them different. And that it’s cool to stand out a little bit.”

What is uncombable hair syndrome?

Uncombable hair syndrome is a condition that develops in childhood – usually in babies to three-year-olds, but it’s even been reported as appearing in children as old as 12.

It causes dry, frizzy hair that’s impossible to comb flat, and there’s no treatment. However it usually improves by the time children reach puberty.