Police are on the hunt for a man who lured away two children from a Perth day care in broad daylight to sexually assault them on Tuesday.

A four-year-old girl and a five-year-old boy were captured on CCTV footage walking with a middle-aged man away from the holiday care program in North Perth they were attending in a community hall.

According to police, he took them to a nearby location and sexually assaulted them, then left them there in Hyde Park.

A passerby found them at the park at 12.15pm and alerted the police.

The man is described as being in his late 40s to late 50s with pale skin and short greying hair. He was wearing an oversized black jacket, black trousers and a business shirt at the time of the crime. 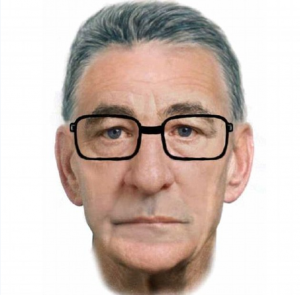 “He lured and enticed them out of the centre,” she said. “It’s a delicate situation … a very serious incident.”

It is unknown what the man said or used to entice the children to leave with him.

Police would like to speak to anyone who was in the vicinity of View Street and Fitzgerald Street near the North Perth shopping precinct and Hyde Park between 11am and 1pm and who saw a man with a young boy and girl.

ABC reports, a member of the care program’s committee, who asked not to be identified by name, said the program had been shut down two days early.

The committee member said staff were “distraught, shattered and overwhelmed”.

An email sent to parents, seen by the ABC, said the committee for the program had met and decided to close down the program for the next two days.

“We will use this time to review all our security procedures and reinforce them within the staff,” the email said.

“We invite you to do the same at home with the children.”

Parents of children at the vacation-care program told the ABC yesterday the incident was deeply upsetting.

“You think it’s a very safe environment, and it just shatters your confidence in other people too,” one father said.

“You just don’t know who’s who. You just can’t trust anybody with your kids.

“It’s a shame because we need this centre because there’s a lot of working mums and dads around here.

“What do you do when this kind of thing happens?”

“I guess it just tells everyone in the community that you’ve just got to be constantly alert,” he said.

Anyone with information should call Crime Stoppers on 1800 333 000 FREE or make a report online here.