Article UPDATE: Chilling joke made before the “Coward punch” that took a life

Man accused of “coward punch” made a ‘callous’ boast before the fatal punch.

A random “coward punch” attack in Brisbane has left 18-year-old Cole Miller from Highgate Hill fighting for his life.

Police allege that around 3.30am the teen was assaulted whilst walking down Duncan Street.

He suffered serious head injuries after collapsing and hitting his head on the ground and was transported to the Royal Brisbane and Women’s Hospital where he remains in a life-threatening condition.

His attackers left him for dead and fled the scene.

Fortunately, a number of bystanders rushed to the injured teen’s aid and called for help.

Two men have since been charged with one count each of grievous bodily harm. 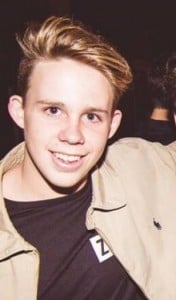 Sad news just in with the report that 18yo ‘coward punch’ victim Cole Miller has tragically died in hospital.

The teenager never regained consciousness. He died in the Royal Brisbane and Women’s Hospital.

The teenager, from Highgate Hill, graduated from Brisbane State High School and was a member of the Brisbane Barracudas Water Polo Club team.

He is the younger brother of Australian water polo player Billy Miller.

Our hearts go out to his family.

Police have alleged that one of the men accused of the ‘coward’s punch’ that killed Cole Miller made a  ‘callous’ boast before the fatal punch.

Daniel Maxwell allegedly asked mates “Do you want to see something funny?” before unleashing the fatal blow, police say.

“He struggled bravely in the intensive care unit of Royal Brisbane Hospital and our family and many close friends have been by his side since the incident.”

“Cole was a beautiful, brave young man with his whole life yet to be lived. The whole Miller family would like to thank his school friends from Brisbane State High and the water polo community, and the many, many others who have sent messages of love and hope.”

Anyone with information which could assist with this matter should contact Crime Stoppers anonymously via 1800 333 000 FREE or crimestoppers.com.au 24hrs a day.