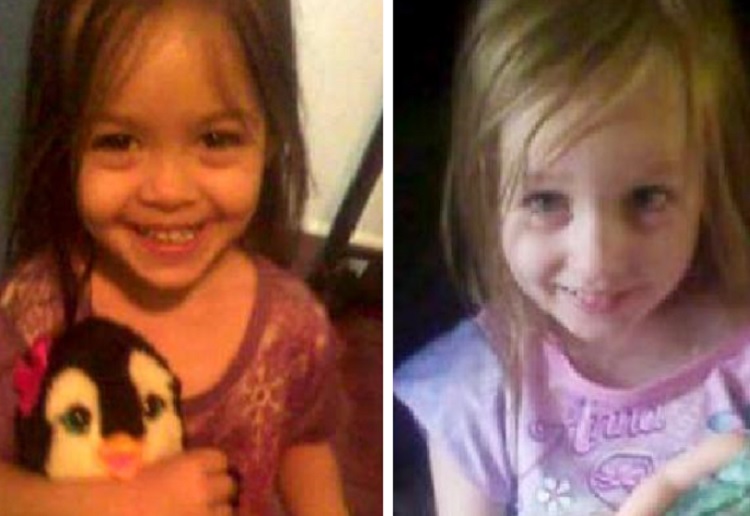 Mum, Renise Young, tried desperately to save her girls. She jumped into the pool after her five-year-old son Aige raised the alarm on Tuesday afternoon.

“I was screaming and grabbing them and making sure their head was above the water and just yelling because there was nothing I could do,” Ms Young told The Courier-Mail.

Patricia, three, and Taya, four, drowned in the pool – which had a regulation fence – after lunch when they went to play in the backyard of their home in the suburb of Kingston.

Ms Young said she hear Aige crying for help and ran to find Patricia and Taya in the pool, unresponsive.

“All a mother could do when they see their baby like that is just scream at the top of their lungs,” she said.

Police are investigating whether the girls used a nearby outdoor chair or a trampoline to access the pool area.

Renise has issued a warning to parents in the wake of the tragic deaths.

“My advice to any mother and any family out there is to not own a house with a pool,” Ms Young said.

“No matter how old the kids are and how well you think you are looking after them – it is so dangerous.”

Ms Young told The Courier-Mail she has not been able to sleep since she pulled her daughters from the pool on Tuesday afternoon.

“We went to bed at 4am but even then we haven’t been able to get any sleep,” she said.

“We’re tired and exhausted. I’m really not too good because I’m the one that pulled the girls out of the pool – I keep getting flashes – it’s horrific.”

The mother-of-five believes the girls used furniture to climb over the pool fence.

“They brought one of the chairs from their own table and chair set and used that to climb over,” she said.

“Normally we have both the back and the front doors locked, knowing that there is a pool in the back yard. The lock broke a few days ago and this is what has happened in the space of a few days.”

Police were today called about 1.30pm after Taya and Patricia Young were pulled unconscious from the bottom of a pool at their Kingston home in Logan south of Brisbane, reports 9 news.

Attempts by family members and paramedics to revive the girls failed.

The backyard pool is fully fenced, and inspectors are assessing whether the fence was of an appropriate standard.

The girls’ grandfather, Peter Brown, told 9NEWS their mother had to dive to the bottom of the pool to get them out.

“They had regulation fencing so I don’t know how they got in,” Mr Brown said.

Police are investigating but are not treating the deaths as suspicious.

Oh my gosh, I could never imagine how a parent would feel after this tragedy. I hope they have a strong support network around them.