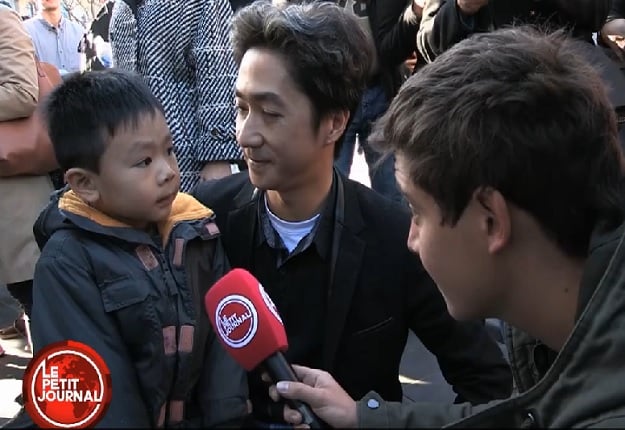 A touching video of a father and son discussing the Paris terror attacks will make your heart break. Grab the tissues!

A French reported for television show Le Petit Journal interviewed a man and his young son outside a tribute in France.

The reporter asks the child if he understands what is happening, the young boy replies “Yes, because they are really really mean” “bad guys are not very nice”.  We have to be really careful, because we have to change houses.”

His father tells him they don’t need to move, because “France is our home”.

“They might have guns but we have flowers,” dad replies

“But flowers don’t do anything,” says the boy.

“Of course they do,” the father replies. “Look, everyone is putting flowers. It’s to fight against the guns”

“The flowers and candles are here to protect us.” The young boy declares.

A very touching moment. Watch the video for yourself and share your thoughts below.