Article Weekend news at a glance 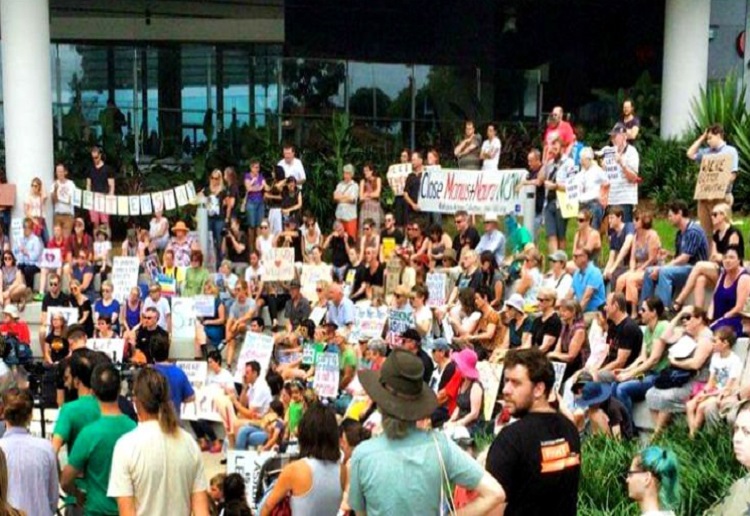 Sad, proud, disgusted and thrilled are just a few words that come to mind after reading today’s news stories. Be warned some of these stories are tear jerkers. 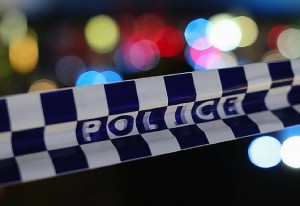 A teenager who spent four hours trapped in the wreckage of a single vehicle crash in NSW before he was found has sadly died in hospital.

The 19-year-old was found by passing motorists about 2am this morning, unconscious and trapped inside a Mitsubishi FTO coupe that had crashed into a tree in the Clarence Valley four hours earlier.

He was flown to the Gold Coast University Hospital in a critical condition.

New South Wales police released a statement this afternoon, confirming the young man has since passed away.

Hundreds of protesters have gathered in the sweltering heat outside Brisbane’s Lady Cilento Children’s Hospital in support of doctors and staff who are refusing to release a baby in a bid to prevent her from being sent back to immigration detention on Nauru.  Earlier story.

The one-year-old girl, known as Asha, was flown to the hospital after being badly burnt when boiling water was accidentally spilled on her while in detention on the island.

The infant – who reportedly became the first baby born into detention in Australia to be transferred to Nauru – is now in a stable condition and her wounds have healed.

9 News reports the daughter of a Queensland man whose body was found inside a metal toolbox at the bottom of a dam has not been told of his death and continues to ask “when is daddy going to come home?”

The bodies of Cory Breton, 28, and Iuliana Triscaru, 31, were found inside a toolbox dumped in a dam in Kingston earlier this week.

Mr Breton’s partner of nine years, Miranda, told The Courier-Mail her family was devastated by the loss of her soulmate, who was allegedly killed over a drug debt.

Miranda said she was “very emotional” about the death of her partner whose three-year-old daughter, Fiannah, meant the world to him.

“He was just so happy the day she was born, he was crying, and he was just such a playful, loving and caring father,” she said.

“She keeps asking when Daddy is going to come and pick her up and when he is coming home.”

WORLD NEWS: A plumber has made a gruesome discovery whilst investigating a blocked drain.

Owners of a home in Grimsby, England called in the plumber on Thursday who tragically discovered a baby’s body in piping underneath a garden of the home.

It is unknown what happened to the infant, however an urgent investigation is underway with the mother urged to come forward.

The Mirror reports that Detective Inspector Christine Calvert, of Humberside Police, said: “ The owners are in extreme shock. They are helping with enquiries as much as they can.” 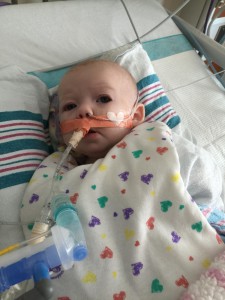 A Tennessee dad is urging everyone to please wash their nasty, germ-coated hands after his infant daughter almost died from a highly contagious respiratory infection.

The dad posted the warning on Imgur along with photos of his “little fighter” who’s been in the hospital for over three weeks.

She was originally admitted with viral meningitis, but recovered quickly “since it was a light case.” Now, she remains hospitalized and has almost died as she battles a very serious respiratory syncytial virus (RSV). He writes:

“We almost lost her last Monday. Our local hospital told us if she got any worse there was nothing more they could do for her. We had to move her to a better facility… As soon as the pediatric team arrived at the hospital to pick her up, she flatlined. They revived her and put her on a ventilator immediately. Since then, she has been diagnosed with of course RSV, a severe case of pneumonia, type h flu, bronchialitis, and a partially collapsed right lung.”

He reports that the baby is doing much better, but still requires oxygen “for comfort.” He adds that he’s so grateful to the medical team who helped his daughter survive, but understands now how serious “simple” colds and viruses can be.

“RSV is no joke. I didn’t know much about it until a week ago when it almost took my daughter from me. Please make sure to wash your hands before handling little ones. And make sure to wrap them up when heading outside into the cold.” 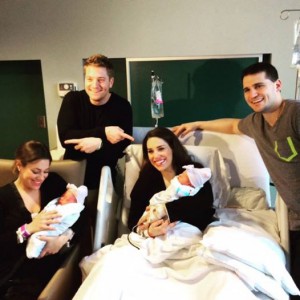 Huffington Post reports twins shared an important moment together when they welcomed bundles of joy within minutes of each other at the same hospital.

According to 6ABC Action News, twin sisters Stephanie Edginton and Nicole Montgomery gave birth to little girls on Feb. 8 just six minutes apart. Little Cora and Louisa were born in Voorhees, N.J., at Virtua Hospital, which shared a photo of the new additions on Facebook with the hashtag #CutieCousins

Edginton told 6ABC Action News she was actually due on Friday, Feb. 5 and that she was advised to go to the hospital three days later during a doctor’s appointment. That same day, her sister happened to be on her way, too.

What a mixed news day!