Article Hang on. Repeat that please, Winnie the Pooh is a what? 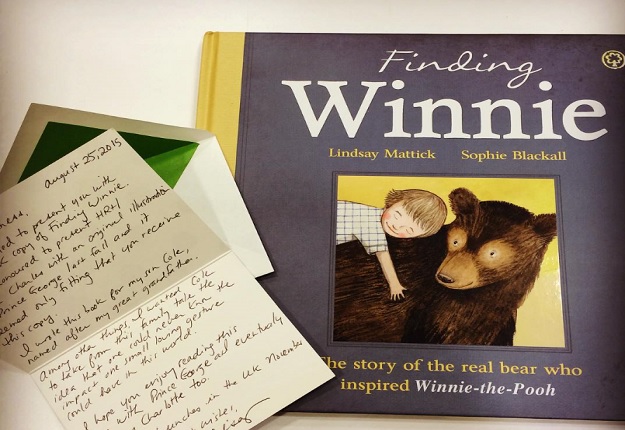 I am right in thinking we all believe Winnie the Pooh is a boy, right? You better sit down.

Just before leaving Canada for London in 1914, Harry Colebourn saw a bear cub tied to a piece of a string, he hopped off the train and purchased the bear for $20.

He named her Winnie, after his hometown of Winnipeg, Canada, and took her with him to London, where she became the regiment mascot.

When Colebourn was deployed to France, he asked the London Zoo to take her in.

It was here that a young Christopher Robin first came across Winnie.

Christopher Robin’s father was author A.A. Milne, who went on to write the incredibly successful series of Winnie the Pooh books.

Lindsay told the Winnipeg Free Press she wrote the story so her young family — and Winnie lovers all over the world — could know the real story behind the books.

“I want people who love ‘Winnie the Pooh’ to understand that the real story behind her is just as beautiful and just as amazing.”

“I’m still blown away that, while a lot of people in Canada certainly know the story and know the history now, around the world it’s really still not known.

“People don’t even realise that there was a real bear.”

Hang on what? Go back a bit… I think… I can’t speak.  Winnie is a girl? Well that changes a lot!

What do you think about that? Share your thoughts below.