Article What this little boy witnessed is horrifying 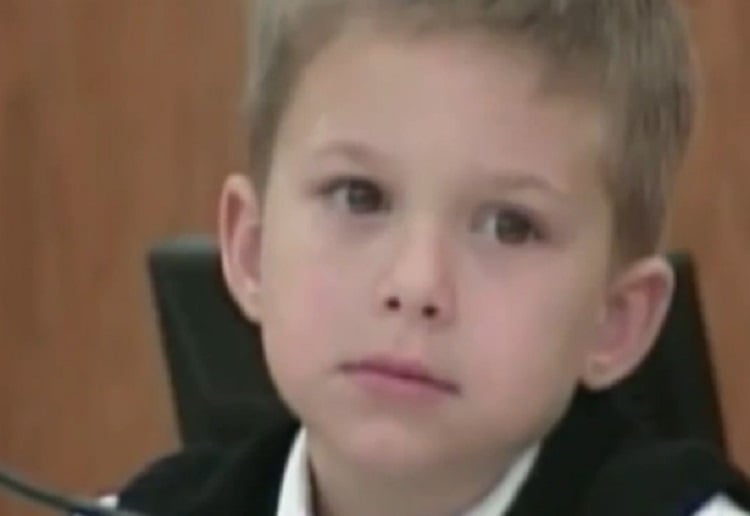 A seven-year-old boy was filmed weeping as he tells a packed courtroom how he was forced to watch as his mother drowned his sister in their garden.

Amanda Lewis, 35, was jailed for life after her son, AJ told police he had witnessed her murdering his half-sister Adrianna Hutto for being naughty.

Lewis forced the head of her seven-year-old daughter under the water and held her until she died as a punishment for spraying window cleaner in the wrong place, reports The Mirror.

The mother, who maintains her innocence, claimed Adrianna had slipped into the paddling pool.

At first everyone thought it was a tragic accident, until AJ who was just five at the time of her death, revealed he had seen the whole thing.

In a clip shown on Piers Morgan’s Killer Woman, the little boy tells the court he saw “my mama killing my sister”.

Adrianna was sentenced to life in jail in February 2008 after the murder on August 8, 2007.

But, in the interview with Piers Morgan eight yeas after she was sentenced, the mother still insists it is her son, not her who was not telling the truth.

Piers asks her: “Did you kill Adrianna?”
Shaking her head, she replies: “No I did not.”

The host then asks: “Did you dunk her in that pool until she drowned?”

She tells Piers she is “proving that I’m innocent. Proving what he said I didn’t do.”

Lewis says she “couldn’t believe they were doing this” as her son testified against her.

She says: “I love him no matter what, I will always love him. He is in no way blame him for what happened.”